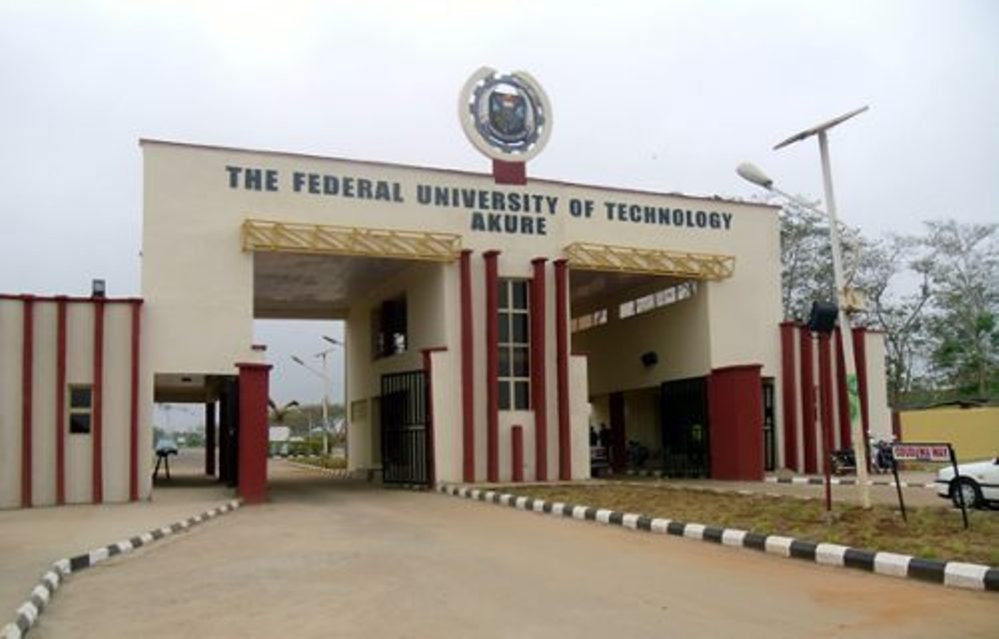 A student of The Federal University of Technology, Akure, Israel Anuoluwapo, was yesterday knocked down by a vehicle in motion.

Channels Television gathered that the deceased, a hundred level student of the Department of Mathematics, was knocked down by a reckless hit and run driver some 1000 meters from the north gate of the University along the Ilesha-Akure Road on Tuesday, April 30.

On Wednesday, May 1 the Students’ Union Government of the university led the students in a peaceful protest to show their grievances on the death of their colleague.

The angry students warned that such a wicked act would not be tolerated again. They called on the relevant agencies to ensure motorists do not drive recklessly on the road.

Below is the statement the FUTA management released in reaction to the incident.

The Federal University of Technology Akure has received with shock the death of one of its students, Israel Anuoluwapo, a year one student of mathematics.

He was knocked down by a reckless hit and run driver some 1000 metres from the gate of the University on the Ilesha-Akure Road on Tuesday April 30.

The student was immediately rushed to the University health Centre from where he was transferred to the State Hospital Akure due to the severity of his injuries.

He was thereafter rushed to the Trauma centre Ondo where he died later that day.

The University has notified and commiserated with the family of the student over the unfortunate incident and pray that God will give them the fortitude to bear the painful loss.

The peaceful procession terminated at the University’s gate where the Vice Chancellor, Prof O. Fuwape and Dean of students Affairs addressed them.

To address the systemic recklessness on that route, the Ondo State Government has promised to start the immediate construction of speed breakers.

Commissioner for works, Taofik Abdulsalam, also visited the scene of the incident to assess the situation for the commencement of work.

The University also appealed to the Federal Road Safety Commission (FRSC) in the State to intensify patrol on the route to prevent a recurrence of such incident.

Head of Media and Protocols of FUTA, Adegbenti Adebanjo, said the school had met with the state government to erect speed limit.

Police spokesman, Femi Joseph, a Superintendent of Police(SP) said the matter had been resolved.