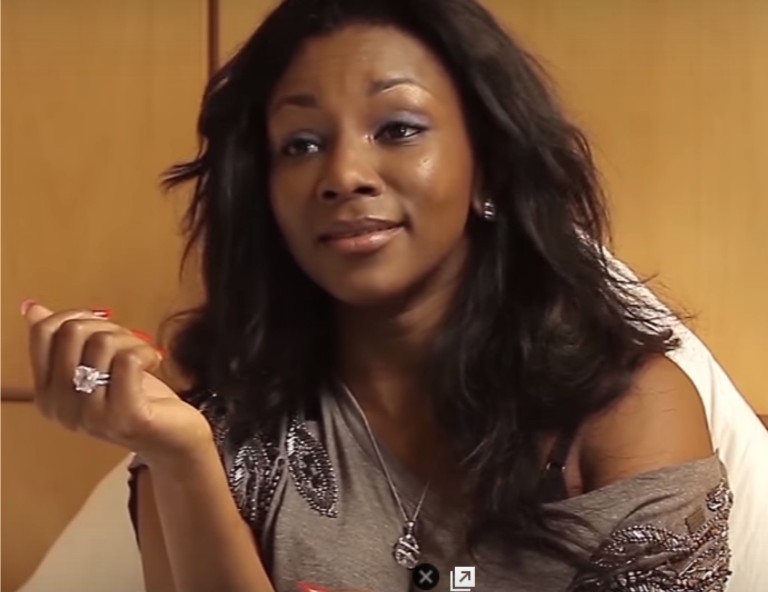 Top Nollywood filmmaker, Lancelot Imasuen has opined that though the disqualification of “Lionheart” was embarrassing, that Genevieve Nnaji is gaining from the saga because it has attracted a lot of attention to the film.

Recall that many Nigerians and fans of the African talented actress, Genevieve Nnaji recently got a rude shock that “Lionheart’, which is Nigeria’s first-ever film entry for the Academy Awards, popularly known as the Oscars (international feature film category), was disqualified during the week.

Lionheart which is Genevieve Nnaji’s directorial debut was disqualified because it predominantly features English dialogue, against the criterion that to participate in the category, the film has to be “a feature-length motion picture produced outside the United States of America with a predominantly non-English dialogue track’.

This disqualification elicited a lot of discourse online as Ms Nnaji and some movie critics expressed dissatisfaction at the Oscars.

However, speaking with Sunday Scoop, Lancelot Imasuen stated, “My position is that the category is for ‘foreign language’. This means that films in other languages other than English.

“Lionheart is a very beautiful and high-quality film with good sound and pictures. It also has a very ‘African’ and ‘Nigerian’ storyline.

“The Oscars’ committee should be held responsible and blamed for the embarrassment, not Genevieve Nnaji. I’m sure Genevieve didn’t beg them to pick her film. There are lots of films in other languages that are of high quality, so they know why they did that. They have caused global embarrassment for Nigeria. But in a way, it is good for Genevieve. For every disappointment, there is a gain. The film is now getting a lot of attention, so she has, at least, gained something from this saga.”

Another popular actor and filmmaker who also spoke with Sunday Scoop on the matter was, Paul Obazele who empathized with the TV diva for the disqualification of her movie and also stressed that it is important to use the opportunity to look inwards and develop the movie industry in Nigeria.

According to Paul Obazele, “I quite empathize with Genevieve on her ambition to get an Oscar. It is the ambition of every filmmaker. But in my opinion, inasmuch as she wants that, it’s not what we should be bothered about. It’s a personal thing, not a national issue.

“How successful has Nollywood been? There are (reportedly) more than 180 million Nigerians; we have not been able to capture 10 per cent of this. We are killing ourselves to get involved with the white man in his own thing in his country. Oscar is for America. What have we done to develop Nollywood that is our own? What have we done to maximise what we have? We tell ourselves lies. I want to live the white man’s life but the white man has created his own rules of engagement. Why do we want him to turn it around to suit us?”

The actor also stated that Nollywood had yet to live up to its potential. He said, “Once upon a time, Nollywood was described as a phenomenon because we were able to beat the odds. We conquered the idle ground. We told our stories and got the world to listen to us.

“Today, we are being forced to listen to their things. We have not been able to defend our cultural heritage and we’ve not been able to tell our own stories in our own way. Let’s first conquer Nigeria because every day, Nollywood nosedives. The pirates are having a field day and there are no investors coming in.”