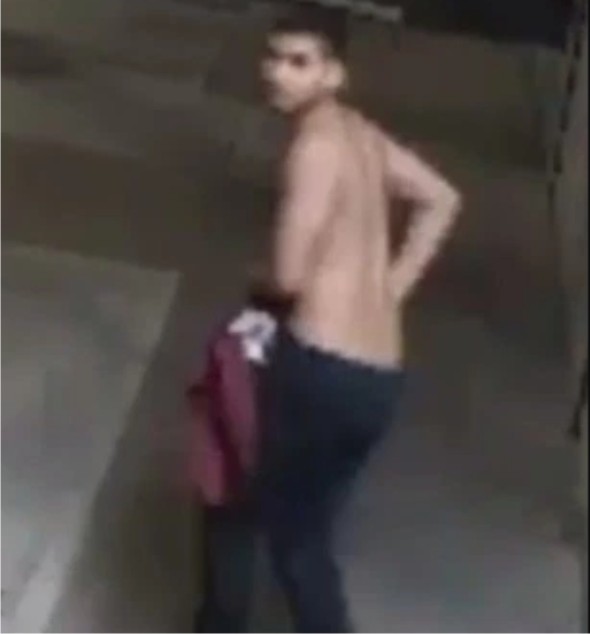 An alleged rapist got a fight back from a 24-year-old Ghanaian woman whom he raped, robbed and asked a blow job from.

Emmanuel had asked Juanita for a blow job – a sexual activity where a woman uses her mouth on the man’s penis to give him pleasure.

BBC reports that the incident occurred at Obuasi area of Ashanti region in Ghana on Saturday.

Ankron, 23, was said to have entered Juanita’s room at midnight with a cutlass and locally made pistol. But after carting items including money, a television set, and a phone, he had allegedly raped the woman.

Still not satisfied, he had asked his victim to give him a blow job before he would finally leave the room.

In her statement to the police, Juanita said that she bit off her attacker’s penis in the process of giving him the blow job.

“The man asked me to suck his penis. It was in the process that I bit off his penis,” she said.

The suspected rapist was said to have swiftly left the room, sensing he was bleeding profusely.

The young lady, who is believed to be a student, said she thereafter went to Anglogold Ashanti Hospital for treatment after the incident.

On getting to the hospital, Juanita said she discovered that her attacker also came there for medical attention. She then alerted the police and the suspect was arrested and put under guard at the hospital.

Godwin Ahianyo, Ashanti regional police spokesman, who spoke on the incident, said it is being investigated.

The police added that the retrieved part of the penis bitten off by Juanita had been preserved at the hospital amid the investigation.