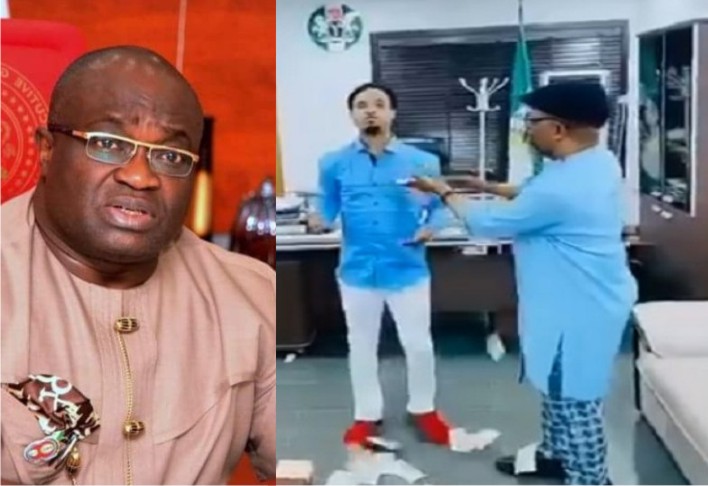 Many people were displeased that a government official had indulged in the behaviour in his office and called for his sack.

Well, Governor Ikpeazu has now suspended the chief of staff from office with immediate effect.

According to Peoples Gazette, Abia information commissioner, John Okiyi announced the suspension in a statement on Sunday afternoon and did not give much details.

See some reactions of Nigerians when the video surfaced online.