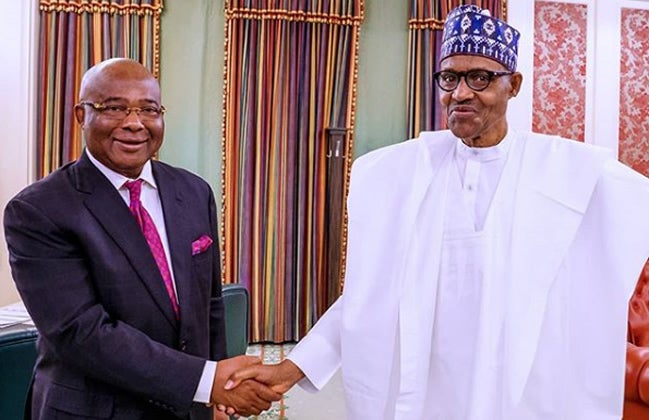 Imo State Governor, Hope Uzodinma on Thursday visited President Muhammadu Buhari at the State House, Abuja to demand refund of N32 billion which the state, during the past administrations, spent on federal projects, especially roads.

Uzodinma told State House Correspondents after the meeting that the state was in serious financial distress, saying that if the fund was released, it would enable the state pay salary and pension arrears.

He said the consultant engaged revealed that Imo spent N32 billion to repair federal roads in the previous administrations.

According to him, he had briefed the president on the situation of things in the State and that he was hopeful the president would come to their aid.