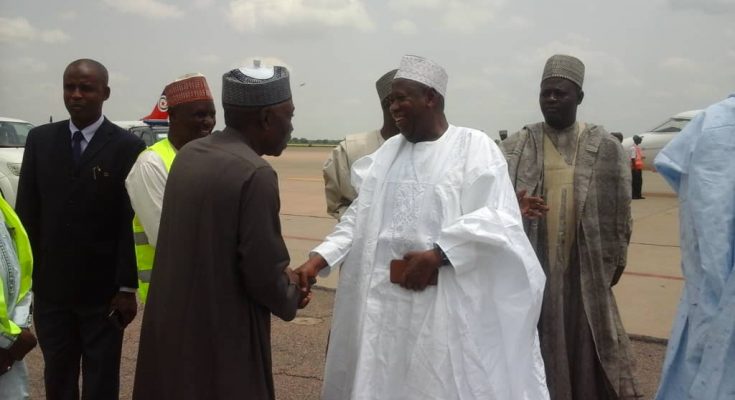 Ganduje who failed to deliver the candidate of his party, Pastor Osagie Ize-Iyamu was reportedly seen jetting out of Benin not long after the Independent National Electoral Commission (INEC) declared Governor Godwin Obaseki of PDP as winner of the election.

Ganduje was spotted with his entourage at the Benin Airport leaving the state with a private jet on Sunday.

INEC had declared Obaseki of the Peoples Democratic Party (PDP) as the winner of Saturday’s governorship in Edo, beating the candidate of the APC, Pastor Osagie Ize-Iyamu.

The Kano governor had boasted prior to the election that his party will defeats Obaseki who recently left the APC.