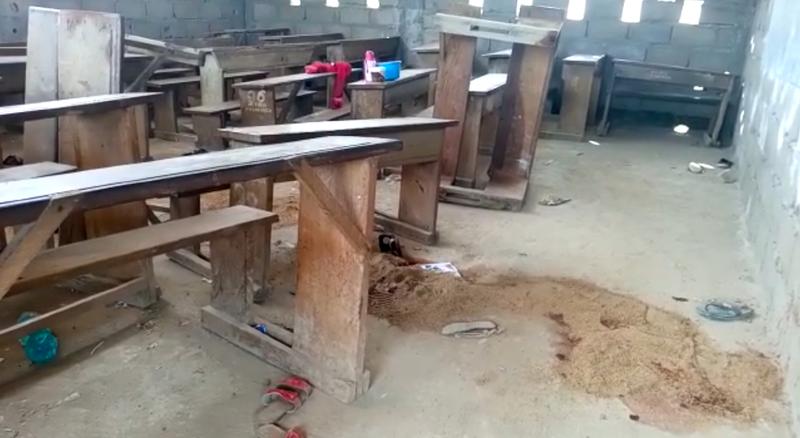 No fewer than primary school pupils were shot dead, others injured after armed men stormed their school in southwest Cameroon on Saturday.

A disturbing video from the scene of the tragic incident has been shared online and it shows dead pupils lying in the pool their blood.

There has been growing unrest in some parts of Cameroon since 2016 since Anglophone groups in the country began their push for independence.

Schools and some parts of Cameroon have been shut down since 2016 in quest to curb the situation. According to these Anglophone separatist groups, they’re being marginalized by French speaking majority.