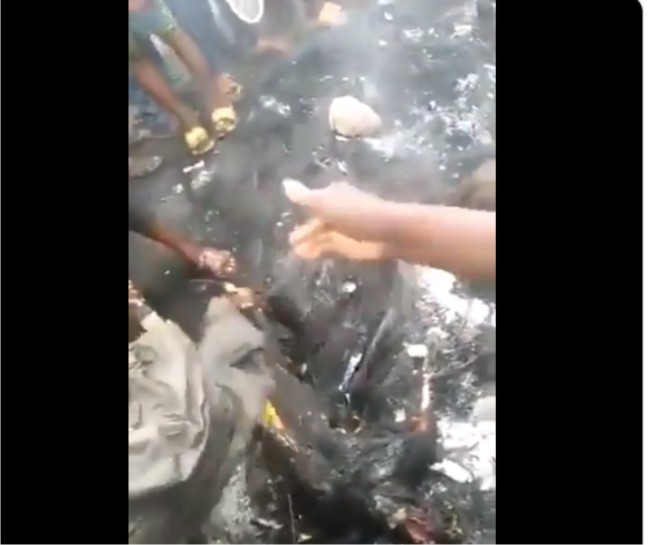 A horrifying video that has been shared online is alleged to be the recording of the moment some residents pounced on the roasted body of two police officers who were burnt alive in the Ibadan.

On October, 22, 2020, it was reported that suspected hoodlums in Abayomi area of Iwo road in Ibadan, Oyo state, burnt two policemen alive and ate their flesh.

A witness told TheCable then that the youth chased the policemen from the New Gbagi market area, alleging that the police van had hit a commercial motorcyclist.

“The youth chased the three policemen in their van from Gbagi to Abayomi area of Iwo road, dragged them from the vehicle and beat them up. One of them escaped but the other two were eventually burnt by the youths with their van,” he said.

Twitter user @PaulOni18 shared the video, saying it is the video from the horrible incident that took place in October.

In the video, people gather around the roasted bodies and are seen slicing from them. See the graphic video below.