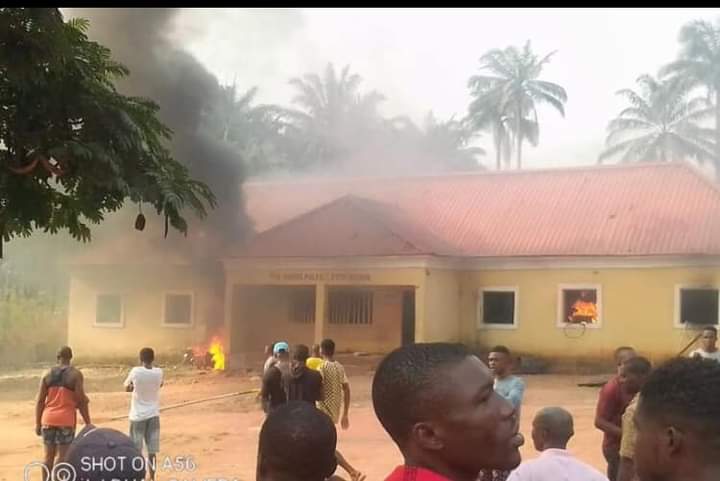 A source in the area said that the incident happened around 2am when residents had gone to sleep.

He said, “Uzuakoli Divisional Police headquarters has been razed. The gunmen attacked it before torching it. They freed suspects but fortunately, no life was lost.”

The ugly development had caused panic in the area.

Recall that at least two police officers were reported killed on Monday morning as suspected hoodlums also attacked and razed Zone 13 Police headquarters in Ukpo, Anambra state. Not less than four vehicles were also burnt before fire fighters arrived to put out the inferno.

On Sunday night, three persons were allegedly killed in Awka, Anambra State, including a fitness instructor. The incident occurred at Ifite, Awka South local government area, while the other person was killed at Unizik junction.

These series of unfortunate incidents add to the rising insecurity taking place in the South East zone of the country.