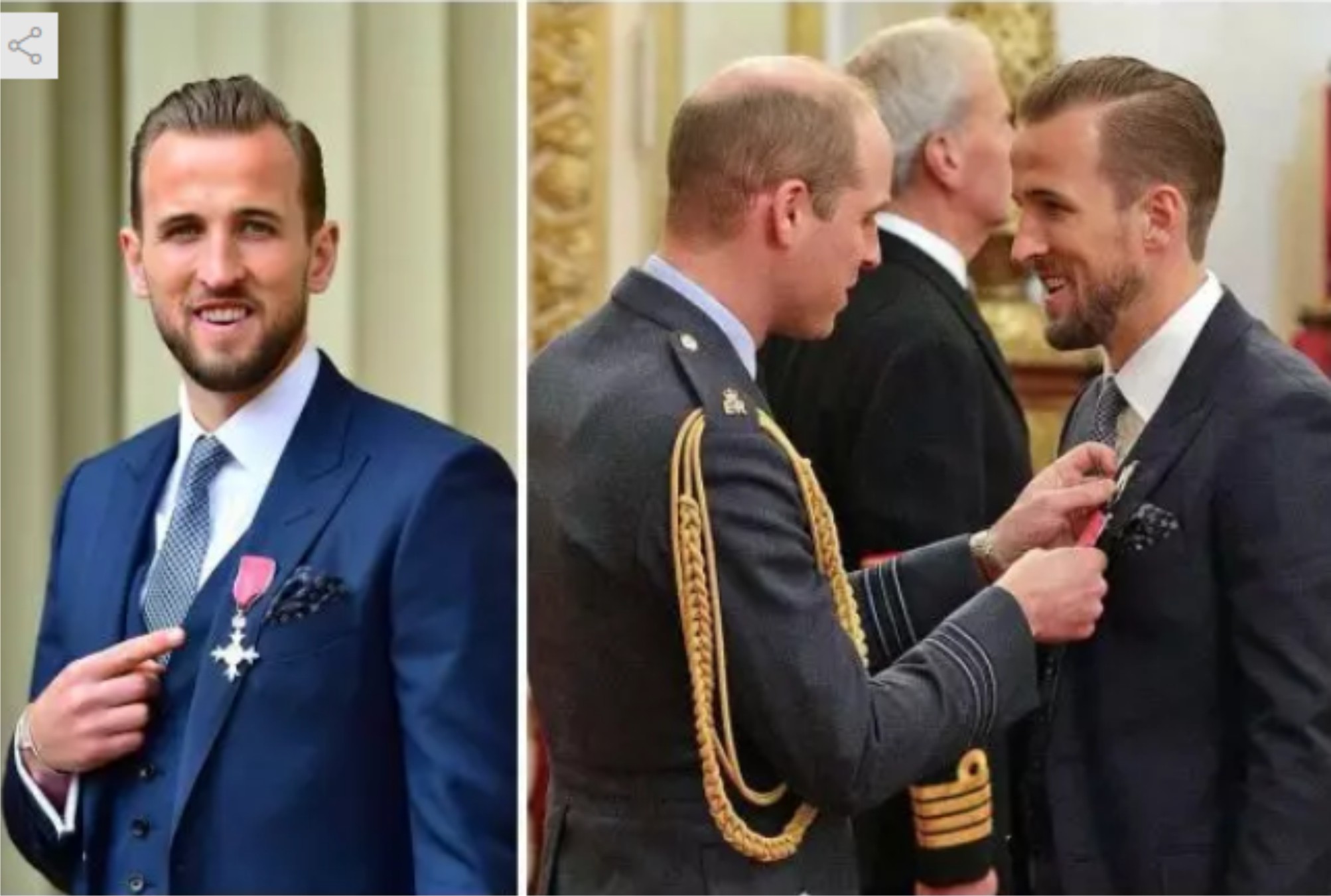 England and Tottenham striker, Harry Kane also made it to the Queen’s 2019 New Year Honours List. Kane was with an MBE (Member of the Most Excellent Order of the British Empire ) from the Duke of Cambridge, Prince William, for his services to football.

The 25-year-old footballer was awarded the honour today at the Buckingham Palace for services to football and in recognition of England’s semi-final run at the 2018 World Cup.

Kane, who was the highest goal scorer at the 2018 World Cup after he netted six goals arrived the investiture ceremony at the Buckingham Palace, with his partner, Kate Goodland and his parents, Kim and Patrick Kane.

A real honour and an enormously proud day for me and my family.🏅A massive thanks to my @England teammates and coaching staff.

Speaking on racism, Harry Kane would consider leading his players off the field if they were subjected to racial abuse again. He said;

“It’s terrible, it’s unacceptable,” Kane told Sky Sports. “Our players handled it so well, professional and focused on our job and carried on doing what we do best.