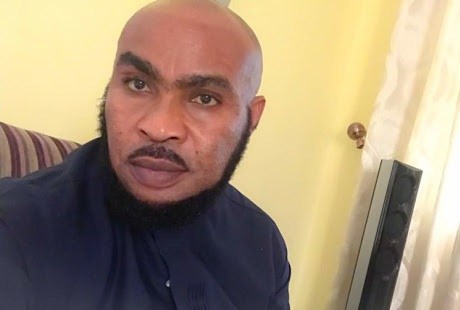 The Imo East (Owerri zone) senatorial candidate of Action Alliance (AA), Barr Chyma Anthony in a press conference on Friday gave the people of Owerri zone reasons why he is the right man for the position and should be voted into the Red Chambers during the forthcoming election.

Barr Anthony pointed out that inadequate representation is a major reason our people have not been able to achieve much in terms of development. He believes that there are laws that should be made to fast track development in the Nation at large and Imo in particular.

2. BILLS TO BRING GOVERNMENT CLOSER TO THE PEOPLE

The incoming senator of Owerri zone is hoping to initiate, sponsor and co-sponsor bills that will give the local government autonomy, thereby bringing the government closer to the people. In his words, “What we have at the moment is not autonomy. If we go to all the states, we don’t have local governments anymore. Any there are where the grassroot people live.”

Barr Anthony said that the people from Owerri zone have a lot of bad roads. He intends to use his position when elected to attract NDDC and other agencies to fix the roads of his people and improve medical facilities.

4. PEOPLE OF OWERRI ZONE WILL GET 50% OF MY ALLOWANCES IN THE FIRST 9 MONTHS

In his own words, “I have made this promise to my people that in the first nine months, I am going to donate half of my allowances and salaries to them. We can share the money to petty traders, the youths to help them, to alleviate poverty. We have already started it with my foundation, Chyma Anthony Poverty Must Go Foundation. Once I get into the Senate, all the nine Local government in the zone will get 50% every month.”

5. I WILL MOVE MY OFFICE FROM ABUJA TO THE LOCAL GOVERNMENT

Barr Chyma Anthony said he intend to do what Senators are not doing at the moment. He said he plans to move his office from Abuja to the local government once every month in a town hall meeting to interact with the people and get their opinions on what they truly want in the Local government and take such contributions to the Red Chamber.

When he was asked how he plans to convince his people that Action Alliance is sale-able considering that the party is new.

Barr Anthony debunked the statement that the party is new. He said that Action Alliance is not new. It is just that at the moment, Action Alliance has been re-born with very viable candidates.

He went further to say that many candidates of AA like himself and the Governorship candidate, Uche Nwosu emerge due to the injustice melted out to them in APC. So, since these candidates have tested injustice, it will be hard for them to melt out the same injustice to their people when elected.