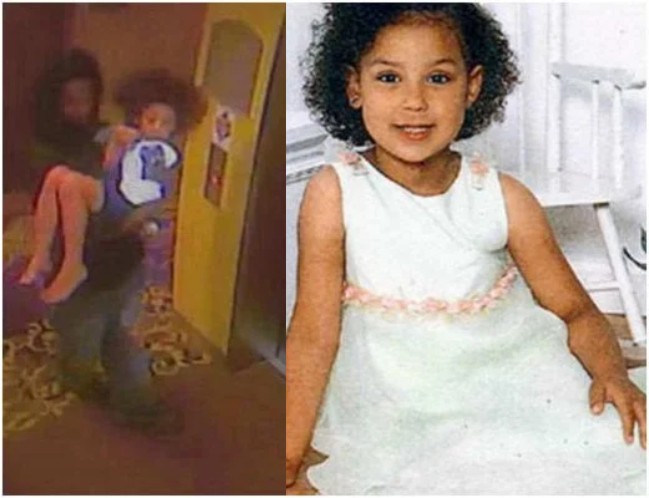 A Twitter user has shared the photo of the heartbreaking moment a 5-year-old girl, Shaniya Davis, was traded off by her mother, to a man who would go on to rape and kill her.

Shaniya Davis would be 15 years old now if her mother hadn’t traded her to pay off a $200 drug debt with Mario Andrette McNeill.

Instead, Shaniya was sexually assaulted and her body was left by the side of a country road. Her mother, Antoinette Nicole Davis, is serving a sentence of at least 17½ years. McNeill is on death row.

“Heartbreaking photo of 5 year old Shaniya Davis being carried away by Mario Andrette McNeill after Shaniya’s mother gave her up to cover a $200 drug debt. Shortly after this photo McNeill raped and murdered Shaniya.
RIP Shaniya Davis.

“In case anyone is wondering the man in the photo is now on death row and the drug addict who birthed her (not calling her a mom) got 17 years in prison.”