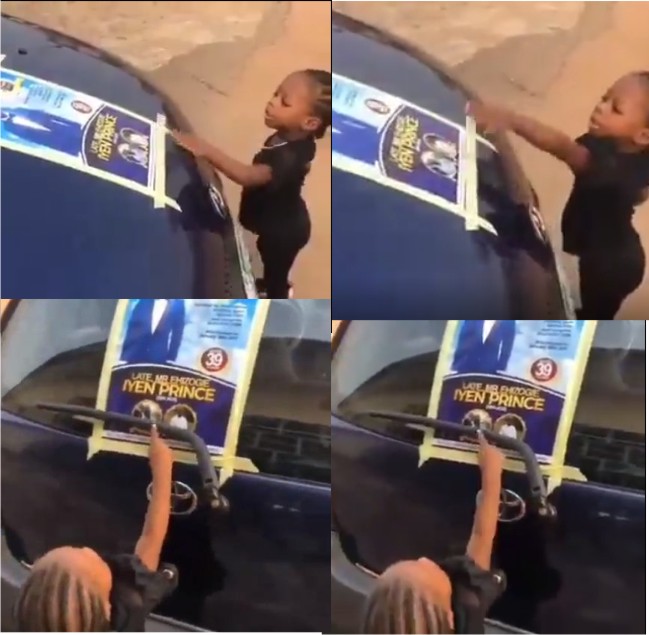 The video of a toddler is going viral online after she was filmed calling on her late dad after seeing his obituary poster.

The video shows the emotional moment the little girl kept on calling him ”daddy” and pointing to his obituary posted on a car. Sadly, she will never see him or hear his voice again.

”Daughter calling on her late dad inside an ambulance, but no response. Prince Iyen SSA to Obaseki, he died after he was diagnosed of kidney disease and unable to raise complete money for kidney transplant. May His Soul Rest In Peace”