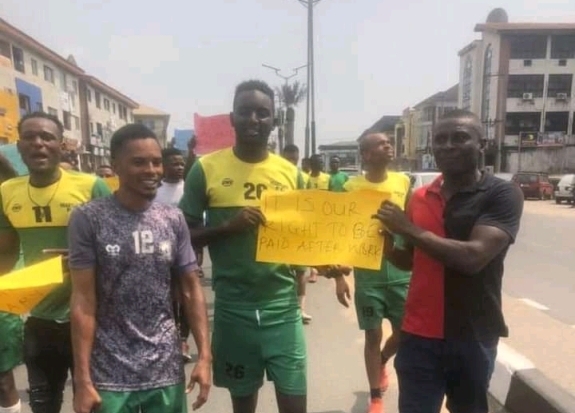 The players of Heartland Football Club of Owerri on Wednesday took to the streets to protest over their unpaid salary.

The players claim that the state government is owing them eleven months salary and bonuses.