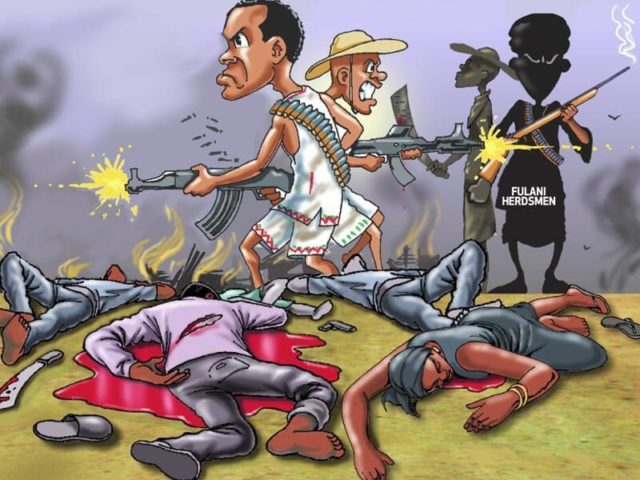 Sixteen lives were claimed during a naming ceremony in Nassarawa state by suspected Fulani herdsmen, while six persons have been abducted in Jalingo, Taraba.

The senator representing Nasarawa North senatorial District at the National Assembly, Philip Gyunka, who confirmed the incident to The PUNCH in Akwanga, the headquarters of Akwanga Local Government Area, stated that the victims, comprising a man, his wife and their son, were killed during the attack.

“It is quite unfortunate and devastating that a peaceful and law-abiding community like mine, which over decades have never involved in skirmishes either internally or externally, would be attacked by Fulani herdsmen when in a celebratory mood..” The Commissioner of Police, Nasarawa State Command, Mr Bola Longe, could not be reached on the phone as of the time of filling in this report neither had he responded to a text message sent to his mobile phone.

However, a senior official in the council, who pleaded anonymity, confirmed that six people, including the Chief Press Secretary to Governor Darius Ishaku; a prominent civil servant and the immediate past Chairman of the Nigerian Bar Association, Jalingo branch, were kidnapped in Jalingo.

He said, “Other than tackle the issue and properly address it, the first high-profile kidnapping in the state (Hosea Ibi’s case) was shrouded in secrecy and a particular tribe was stereotyped as brains behind the evil when it was clear that other ethnic groups were also involved in the crime.”

“The two governors have taken the issue of security on the border of the two states very seriously and that is why during their last meeting in January over border security they both agreed to offer amnesty to criminals in Taraba and Benue to end trans-border killings and kidnappings.”