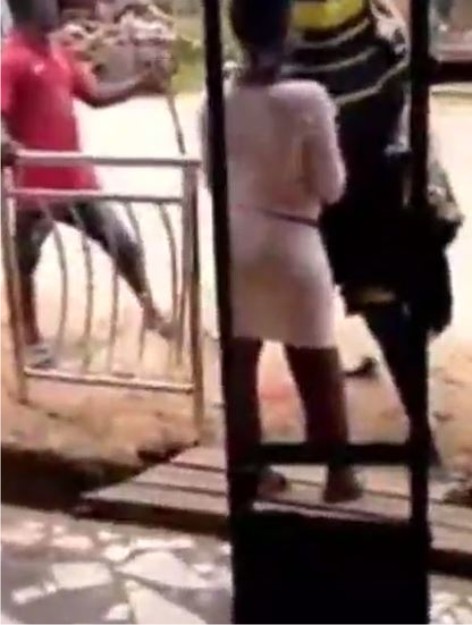 Traditionally, masquerades are regarded as spirits. So, you can imagine how hilarious it is to watch a masquerade shooting a romantic shot at a lady and asking for her phone number.

In the video which has already gone viral, the masquerade also asked the young woman to dial the number to be sure she gave him the right one. He went on to ask her if she is on WhatsApp.

Watch the hilarious video below.