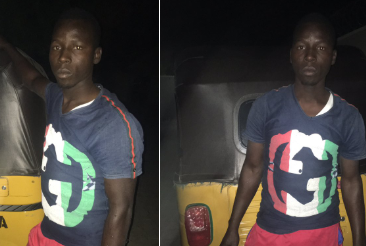 See how it happened. This Keke Napep driver  found N1.150,000 that was  forgotten inside his tricycle by a businessman. The Keke driver made effort to locate the owner of the money and eventually returned it to him. This happened in Taraba state.

The unfortunate thing is, after he returned the money, the businessman gave N200 to buy recharge card as a way of saying thank you. Many people have celebrated the young man online. Do you think the businessman is not an ingrate