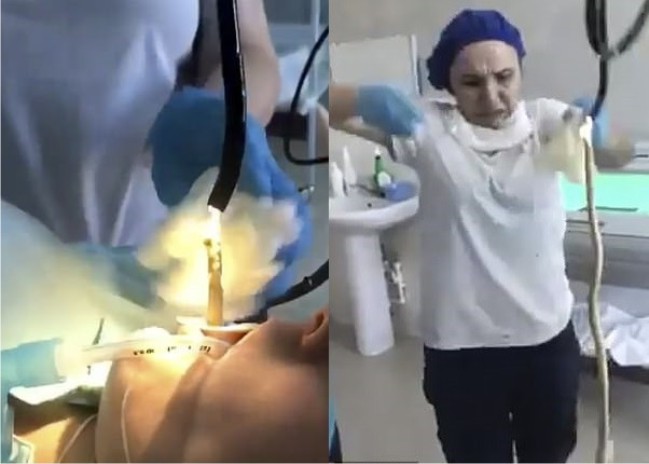 A video of the moment a 4 feet snake was pulled out of a woman’s throat by Medical personnel has shocked many.

The horrific incident has come to many as one of the most bizarre news in recent time.

According to reports, the reptile crawled inside her as she slept in the yard of her home in Levashi village in Dagestan, Russia. When she started feeling unwell, she was rushed to a hospital where she was put under general anaesthetic.

During her operation, a doctor was filmed removing the snake after inserting a tube down her throat.  The female patient was not identified and her current condition is unknown.

Locals in the Levashi village say such incidents happen infrequently and they have advised people not to sleep outside to avoid such risks.

1 thought on “Horrific! Watch moment doctors pulled out a 4 feet snake from a woman’s throat”