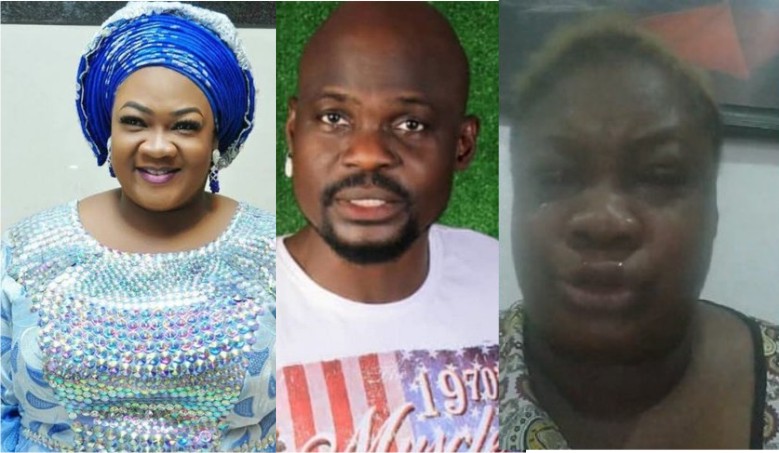 In a long Instagram live broadcast, Princess broke down in tears as she recounted how some parents had allowed their kids to live with her so she wouldn’t be lonely after crash of her marriage and she couldn’t have kids.

Princess said she was rendering help to Baba Ijesha, adding it was during one of his visits seven years ago that he molested one of three girls living with her.

According to her, Baba Ijesha betrayed her trust and years of mentorship by committing the act.

“So Baba Ijesha had challenges and he needed my help in getting into UNILAG so he came to my house and I was not going out. I asked the children, the three boys to go play.. two of the other girls wanted to follow them.

“My aunty had come to visit me and he was there. When she was leaving, I had to go downstairs to lock the gate after her.

“They said the girl sat on her brother’s legs and was doing her waist in the weird manner,” she started.

Princess said the defilement had an adverse effect on the child as she began to decline academically and otherwise.

She said she wanted to catch him red-handed and had to call him for a meeting in her house where she had set up CCTV and he was captured trying to molest the girl again.

“I decided to call Baba Ijesha but my friend asked us to be wise, that people will want to support Baba Ijesha If we don’t have enough evidence. I called CCTV Company to come to set up a camera.

“We told everybody to leave the house. She was scared because she hadn’t seen him again since that 7 years.

“The CCTV was set up, he came in, he saw that there was nobody at home.. I told him i was going somewhere that he should feel relaxed, he said okay.

“Barely few seconds after I left, he stood up, he began to check my whole house to be sure that none of the children was awake.

“He checked for cameras and when he was sure there was none, he started.

“I can’t even begin to relay the things he did because I was shaking, it was too much for me.”

She berated people accusing her of trying to set up the actor and tarnish his image.

Baba Ijesha’s arrest was made public in a statement by Lagos police spokesman Olumuyiwa Adejobi on Wednesday, April 22.

“The case of defilement was reported on 19th April, 2021 by one Princess Adekola Adekanya ‘female’ at Sabo Police Station and transferred to the Gender Unit of the State CID, Panti, Yaba Lagos for proper investigation.

“Based on preliminary findings, the suspect started sexually assaulting the victim, 14 years, since she was seven years old.

“The suspect confessed to the crime and was also captured by a CCTV camera in the house of the complainant,” the statement read.

Below is part of the video in which very emotional Princess narrated how it happened.