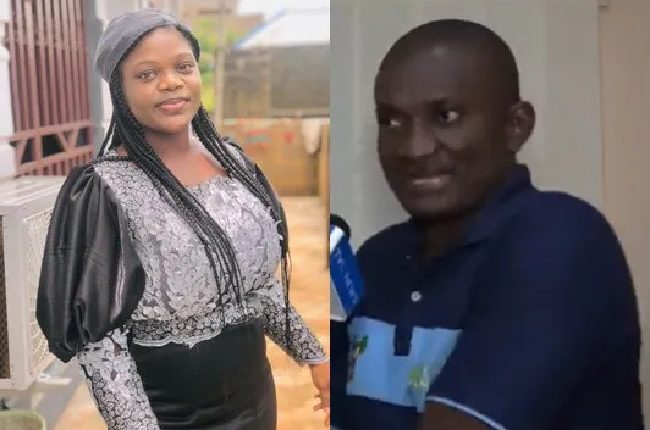 A driver of the Lagos Bus Rapid Transit, Andrew Ominikoron, who allegedly raped and murdered his passenger, Oluwabamise Ayanwole, has always raped his victims in secluded places, a Superintendent of Police, Goddy Ihende, has told a Lagos State High Court sitting at the Tafawa Balewa Square.

The witness said apart from the deceased, the defendant attempted to rape one Doctor Victoria Anieke.
He said the incident happened on December 29, 2021, when Anieke, who resided in Delta State, came to visit her parents and friend, who resided in the Ketu and Ikorodu areas of Lagos, respectively.

Ihende, who is the seventh prosecution witness, told Justice Sherifat Sonaike that the modus operandi of the defendant was to carry his victims alone and go to secluded places to rape them.

At the resumed hearing of the trial on Tuesday, the witness, who was led in evidence by the Director of Public Prosecutions, Dr Babajide Martins, said he took over the defendant’s case on March 7, 2022, from the Department of State Services.

He said when the matter got to the Homicide Section of the State Criminal Investigation Department, Yaba, the defendant narrated to him what happened on February 26, when 22-year-old Oluwabamise boarded his bus.

He said, “I took the defendant to our office and asked him to narrate what exactly happened on February 26. After his narration, I asked him to write it in a statement; he said he couldn’t write it and asked us to assist him in writing the statement.

“Ominnikoron agreed to pick Bamise from Chevron Bus-Stop at 7 pm and he also said he picked up two men at two bus stops after Chevron and one of them pulled a gun on him and ordered him to drive towards Ebute-Ero. He said when they got there, they all alighted from the bus and the two men started fighting.

“He said he thought Bamise had gotten back into the bus when he drove off to their depot at 7-Up.

“I asked him why he didn’t report the case at a police station on his way back to their depot or to his boss when he got to their depot, and he said he was afraid and could not tell the company because he contravened the rule of not picking passengers after 6pm.

“He said the next day was his off day, so he went to see his friend. As soon as I took his statement, I took him to my immediate boss, ASP Razak Oseni, and he narrated exactly what he told me before my boss.

“My investigation of the defendant revealed that he took his victims to secluded places, switched off the light inside the bus and raped his victims.

“On March 29, 2022, I travelled to Delta State and when I met Dr Anieke, I asked her how she got to know about the defendant. She said it was on the Internet and when she zoomed the picture of Bamise and the defendant, which was placed side by side, she discovered that he was the same driver that attempted to rape her.

“Before Bamise, he succeeded in raping another passenger, Maryjane, on November 25, 2021.”

Ominnikoron is facing five counts of rape, conspiracy, felony, sexual assault, and murder, preferred against him by the Lagos State government.

The prosecution said the defendant on November 25, 2021, allegedly raped a 29-year-old lady, Maryjane.

The police witness told the court that the statement of the defendant was recorded in a video.

When the prosecution sought to tender the recorded video in evidence, the defence counsel, Abayomi Omotubora, objected to the admissibility of the compact disc.

He said the statement of the defendant was not taken voluntarily and asked the court to conduct a trial within trial.

After listening to the argument of both counsels, Justice Sonaike adjourned till October 31 for a trial within the trial.

Earlier, the defence counsel, Omotubora, told the court that the defence wished to recall the 2nd, 3rd and 4th witnesses for further cross-examination.

On the last adjourned date, October 2, Bamise’s elder brother, Agbegunde Pelumi, told the court how the lower part of the deceased was damaged.

He noted that she was a virgin and was coming to his house on a surprise visit when she was killed.

Pelumi said his sister was “badly raped by two or three men” when he saw her in the morgue.