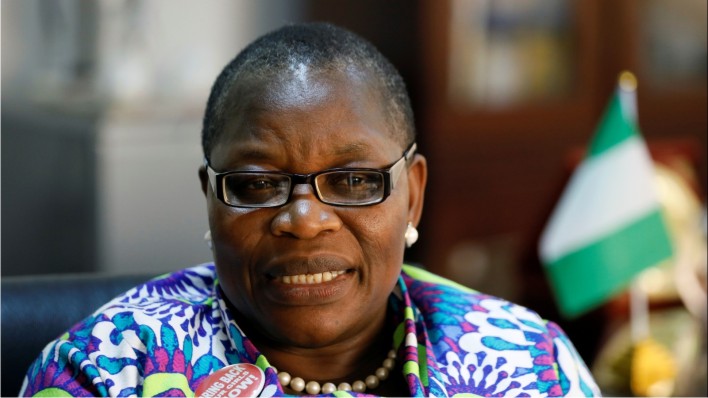 Former Minister of Education, Oby Ezekwesili turned down the request to be President Muhammadu Buhari’s running mate when he ran for the office in 2011, according to senior pastor of the Citadel Global Community Church, Tunde Bakare.

Pastor Bakare spoke to The Sun about how he met and became Buhari’s running mate in 2011.

He also said he took the decision to run with Buhari after listening to the advice of Pastor Enoch Adeboye of the Redeemed Christian Church of God (RCCG).

Bakare said that Buhari had called him, requesting that he (Bakare) got him a running mate from the South because Nigeria’s structure makes it difficult for one to win the presidential election without a handshake between the north and the south..

The cleric said the current vice President, Prof Yemi Osinbajo, Oby Ezekwesili, Jimi Agbaje, current Minister of Trade and Industry, Niyi Adebayo, were among those he contacted to run with Buhari then.

He said that while Agbeje was dropped along the line, Ezekwesili refused to run with Buhari after Pastor Adeboye helped him to contact her.

“But Pastor Adeboye told me he (Buhari) would need a strong Christian to be his running mate. I said to him that Oby is strong too; he said no, that she must not leave certainty for uncertainty because she was working at the World Bank then,” Pastor Bakare said as quoted by the Sun.

He said that Buhari insisted that he wanted the greatest grassroots mobiliser in the south-west as running mate and “On January 15, 2011, at 12 noon, my phone rang, it was Buhari. He said, Pastor, I had prayed the way I know how to pray, and I want you to pray also, I want you to be my running mate.

“I said to him…that I will never seek an elective office or join a political party. He said I should pray about it and call him back in seven hours, I didn’t call him.

“I called Pastor Adeboye and informed him, he said that was it and that he already said Buhari needs a strong Christian and that I am the man and I must go there.

“I consulted across the board and I signed on at the last day to become his running mate. Of course, we didn’t win the election.”