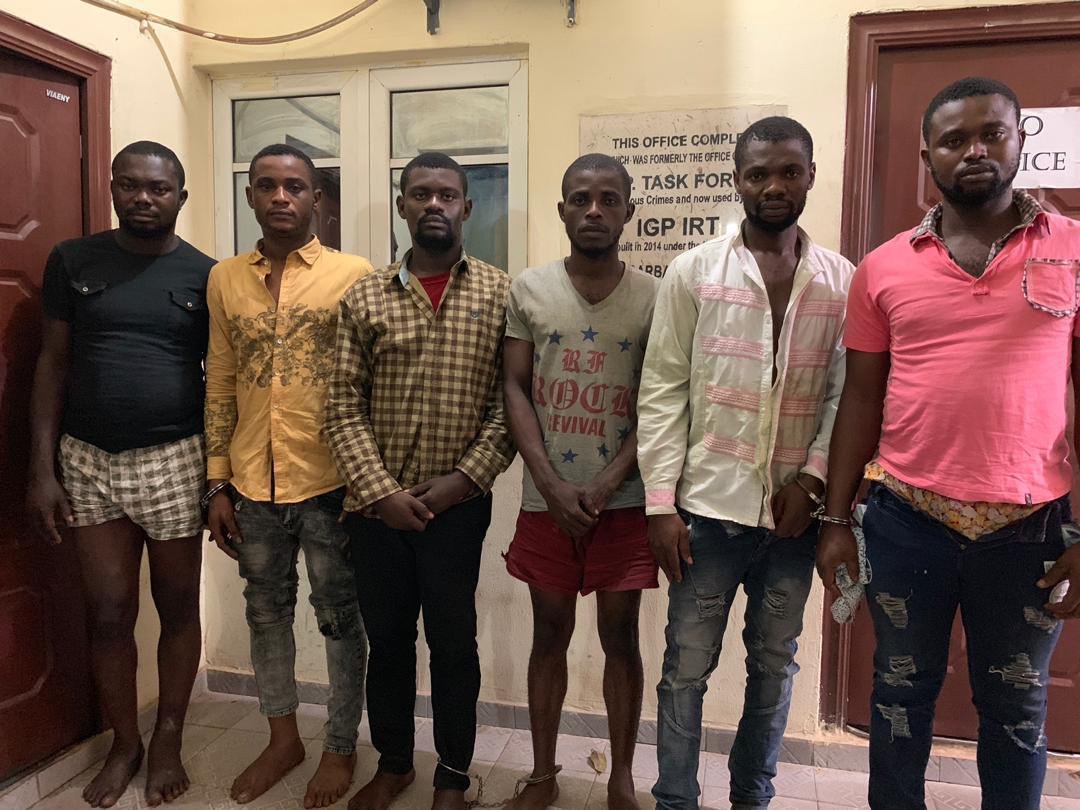 A seven-member notorious kidnapping gang have recounted how they killed an American soldier in Imo State in 2017.

The deceased, a Nigerian from Mbieri in Imo State, who was serving in the US Army, identified as Chuks Okebata, came back for the Christmas holiday when he was abducted and killed by the gang.

Two Ak-47 rifles and six magazines loaded with 127 live ammunition were recovered from the suspects.

In their confessional statement to the police, the suspects admitted being members of a deadly armed robbery and kidnapping gang terrorizing Imo, Abia and Rivers States.

School-Boy, who is the leader of the gang, said that they never knew that the deceased was an American soldier.

“He tried to disarm me and in the process was killed. If we had not killed him, he would have killed us. He is strong with tough muscles and the only way to save our lives was to kill him,” he said.

School Boy further said that they never knew that the deceased, had a pistol with him at the time he was kidnapped.

He said: “We bundled him into the boot of our operational vehicle after he was kidnapped. We didn’t know who he was. While we were heading to our camp where we hope to keep him until ransom is paid. He pulled out his gun and started shooting at us from the boot and the bullet hit me on the leg and the driver on his hand.

“Realizing the danger, I asked our driver to stop the vehicle. As soon as the vehicle came to a halt we disarmed him. He was killed right there on the spot. We dumped his body inside a gutter and left. I want everyone to understand that I have no intention of killing him but he forced us into doing it,” he stated.

29-year-old Schoool Boy, who is a native of Bende Local Government Area of Abia State and a secondary school dropout, also narrated how he went into crime.

On his part, Michael Ahamefuna, 28-year-old, who is the second in command in the group and married with two children, said: “I reside in Port Harcourt. I am from Abia state. I am a trader. I met School-boy in a smoking joint where we smoke drugs and he used to come and smoke drugs.

“He had injury on his leg then and he took me to his village and we met one KC. We formed a kidnapping gang. We kidnapped a man who paid us N1.5million and we went to another business that paid us N15million. We also picked someone in Owerri and we took the person to Iteam in Abia State.
We got N10million from two victims, the last one that got us into trouble occurred in October 2018 and we lost our leader in that operation.”