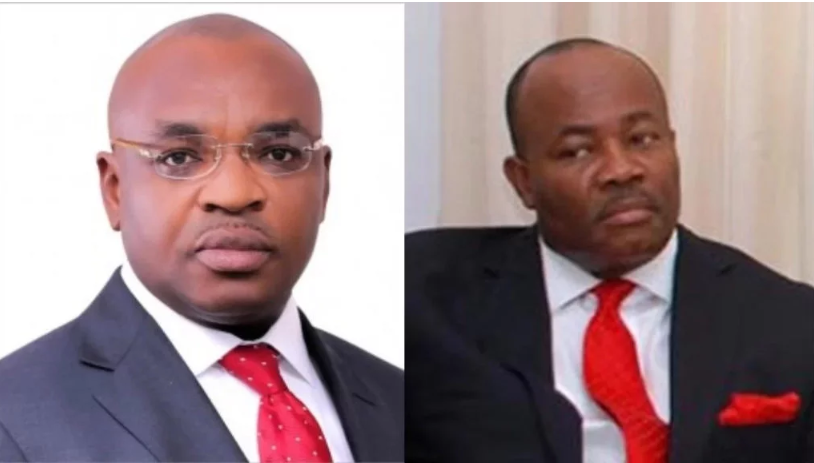 While addressing his supporters, Akpabio disclosed that he brought incumbent Emmanuel Udom from Lagos and installed him as the state. He went further to add that Emmenuel Udom didn’t have membership card of any political party neither had he contested for any election on his own, before he (Akpabio) picked him up from Lagos and made him Governor.

Daily Post reported that the former Senate Minority Leader who said the All Progressives Congress, APC, would record landslide victory in the general elections in the State, added;

“I was shocked that Emmanuel whom I brought from Lagos and installed as a Governor even though he was not a member of the party on whose platform he stood election and become Governor, could call a world press conference to insult me.

He said, ‘’the electorate in the state would reciprocate the kind gesture of Mr. President Buhari by voting massively for him and all candidates of the APC in the state.’’

Akpabio took a swipe at Governor Emmanuel over what he described as hypocritical campaign slogan tagged “only God”, and said God cannot be mocked, noting that;