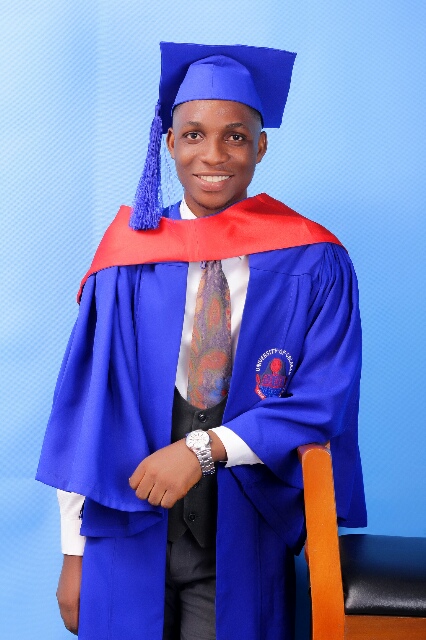 The Best Graduating Student of the University of Calabar, Henry Emmanuel has stated how difficult it was for him to gain admission haven had two unsuccessful attempts.

Henry Emmanuel who hails from ìní local government area of Akwa Ibom state, graduated from the Department of Zoology and Environmental Biology, Faculty of Biological sciences emerged the overall best graduating student at the 32nd convocation of the University of Calabar on Saturday, April 13, 2019 with a cumulative grade point average (CGPA) of 4.72.

This is what the excited Henry said:

“In 2012, I had my second attempt at securing admission in the University of Calabar rejected. I was dejected, demoralised, I was considered a failure by many. Yet, I never gave up those dreams. I saw failure as a lesson, hardwork and resilience, a prerequisite for success.”

“Some dreams might seem too big and out of reach but I tell you today, that, no matter how big or scary they are, your dreams, every one of them, are valid!”