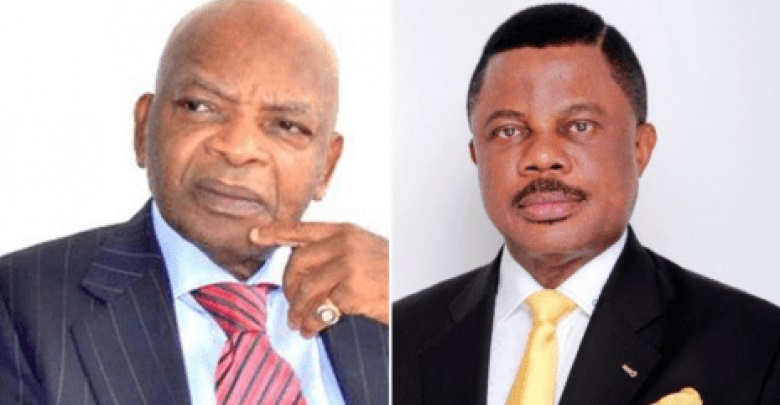 Prince Eze who spoke at his Ukpo home in the Dunikofia Local Government Area of Anambra State on Sunday insisted that he will continue to tackle Obiano until he does the right thing.

He said: “I’m not afraid of anybody. I have installed three African presidents. One of them gave me oil blocks in his country. I have assisted in enthroning many governors in Nigeria.

“I have given a governorship candidate N10bn to assist him prosecute his election. I didn’t know the candidate from Adam. He just approached me and told me about himself and his people; I empthatised with him and gave him the money.

“Obiano is just a small fry. Even this Obiano, I have given him financial assistance as a person and as a governor several times. I have no personal problems with him. My grouse with him is that he is not doing the right things as a governor.

“Many people are suffering under his government. He is not paying the traditional rulers in the state their five per cent entitlement from the Local Government allocation.”

The rift between Governor Obiano and the Anambra oil magnate led to the suspension of 13 traditional rulers suspected to be Eze’s loyalists.

Responding to Eze’s statement, the Anambra State Commissioner for Information and Public Enlightenment, C-Don Adinuba, said officials of the state government had since decided to maintain “dignified silence” on comments by the Anambra billionaire.