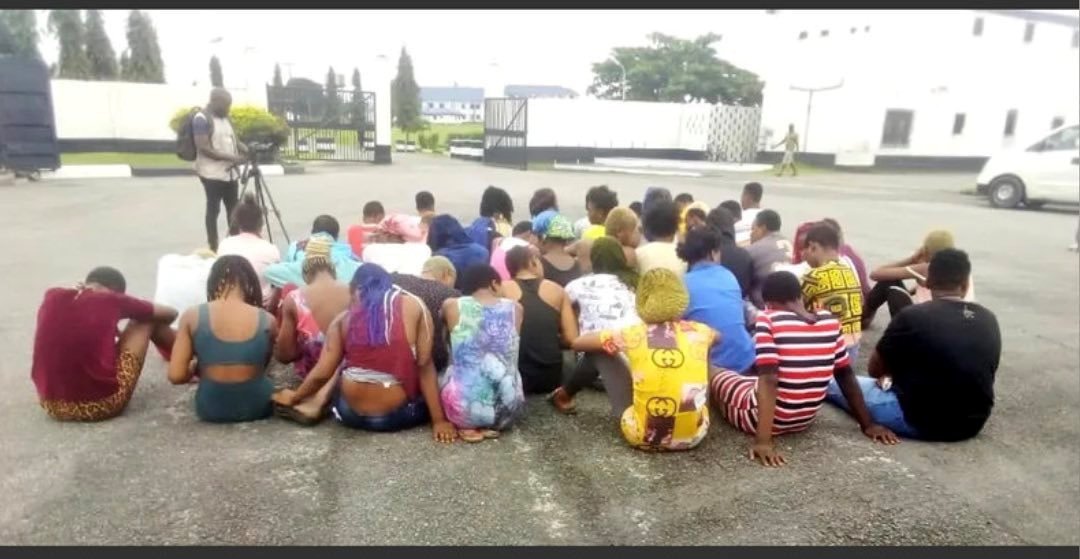 One of the rescued underaged girls, who was allegedly forced into prostitution in Port Harcourt, Rivers State, has recounted how she slept with over 10 men daily.

The minor (name withheld) is one of the 50 girls recently rescued from two brothels in the state by the Nigerian Navy.

The Anambra indigene told the News Agency of Nigeria that she was trafficked from her village to work as a house help.

“One of my village women (trafficker) brought me and two other girls from our village with the impression that we are coming to serve in a hotel.

Shortly after we arrived at the hotel, she (trafficker) went outside and collected money from one woman (brothel operator).

That was the last time I saw her (trafficker). Later, the woman, simply known as madam, put us in a room and told us that we would work as Ashawo. In a day I sleep with more than 10 men, and whatever money I make, I give it to my madam.

We hustle by wearing pants to seduce the men. After admiring what they see, they (men) take us into the room; have sex with us and give us money. We do a daily account of any money we collect to our madam’s sister, who calculates and gives us our cut,” she said.