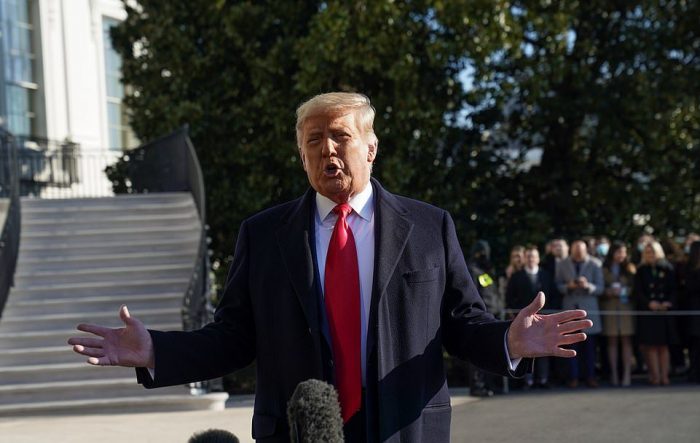 Embattled outgoing President of the United States, Donald Trump has said he doesn’t want violence as he finally spoke about the moves by Democrat-dominated House of Representatives to impeach him.

Trump who was, for the first time, reacting to second move by the House to impeach him, said there was tremendous anger in the country.

However, he sounded unapologetic about the speech at a White House rally, in which he clearly asked his hordes of supporters to march on the U.S. Capitol.

Denying he triggered the mayhem in the US Capitol, Trump claimed that his rally speech to the MAGA supporters who stormed their way in, killing a police officer, was ‘totally appropriate.’

‘They’ve analysed my speech, my words and my final paragraph, my final sentence and everybody just thought it was totally appropriate,’ he claimed.

“I want no violence,” Trump finally told reporters as he left for a trip to the border wall in Alamo, Texas. However, he dodged a question about whether he would resign.

“This impeachment is causing tremendous anger and they’re doing it, and it’s really a terrible thing that they’re doing for Nancy Pelosi and Chuck Schumer to continue on this path.

The House in the impeachment article accused Trump of inciting insurrection.

He would become the first U.S. president to be impeached twice if the House of Representatives votes in favour of impeachment on Wednesday.