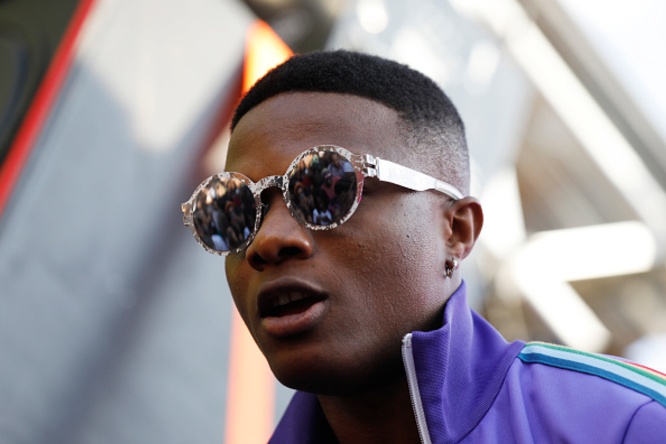 Nigerian musical superstar, Ayo Balogun popularly known as Wizkid, has revealed that he is a victim of police brutality and very passionate about using his voice to work towards the end of the menace in Nigeria.

The singer and songwriter who is one the entertainers that were vocal during the #EndSARS protest, said he experience Police brutality before becoming famous and knows that the abuse from security agents still goes on everyday.

Starboy who is currently promoting his album ‘Made In Lagos‘ disclosed this in an interview on Capital Xtra’s The Norte Show.

He said, “Police brutality is a serious situation back home in Nigeria. It has been 60 years of political injustice, nepotism, madness and corruption at the highest level. It is sad that my son is about to be 10 years old and Nigeria is still going through all this madness.

“If I didn’t speak up or use my voice, then I would be a coward. I will continue to speak about things that affect people in their daily lives. I had been a victim of police brutality before I became popular and I know it still goes on. That needs to end. We deserve good governance in Nigeria.”

Wizkid also narrated how he met Damian Marley, the youngest son of reggae singer Bob Marley. whom he featured on his new album.

He ‘Starboy’ said, “Damian Marley changed my life. He changed the way I live. After the session, it changed a lot for me. I recalled that I was in New York (United States of America) promoting my last album, Sounds From the Other Side, and I was asked who I would love to a collaborate with and I said ‘Damian Marley’.

“Then I went back to my hotel. I kid you not, I was at the balcony of my suite with some of my friends when my cup fell to the balcony downstairs.

“Guess who picked up my cup? Damian Marley. We later went to a restaurant and talked. The session I had with him was spiritual.” We spoke about everything. We spoke about kids, family and other important things. That was a very insightful session for me. He is a great guy with great energy. Making that song was a blessing.”