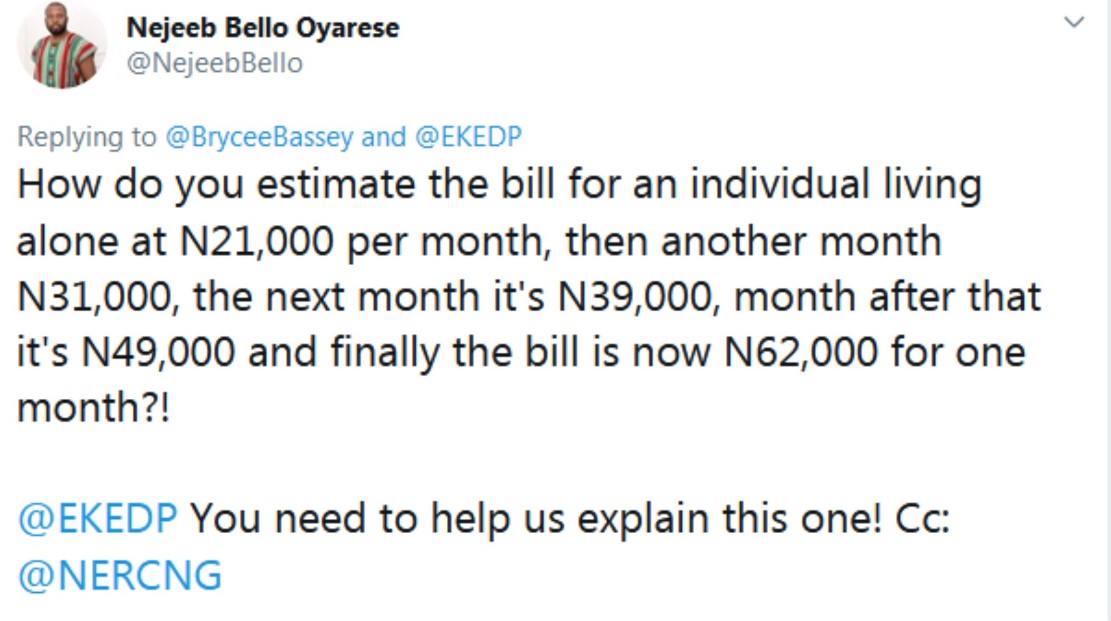 A lady has taken to twitter to narrate how she was harassed for refusing to pay up an outrageous overestimated electricity bill.

Read below as she narrated her ordeal

Fortunately, her outcry on Twitter attracted a lot of condemnation from Nigerians who began to call the relevant authorities to look into her case.

Later she shared that her electricity problem was being handled and power to be restored in her apartment.