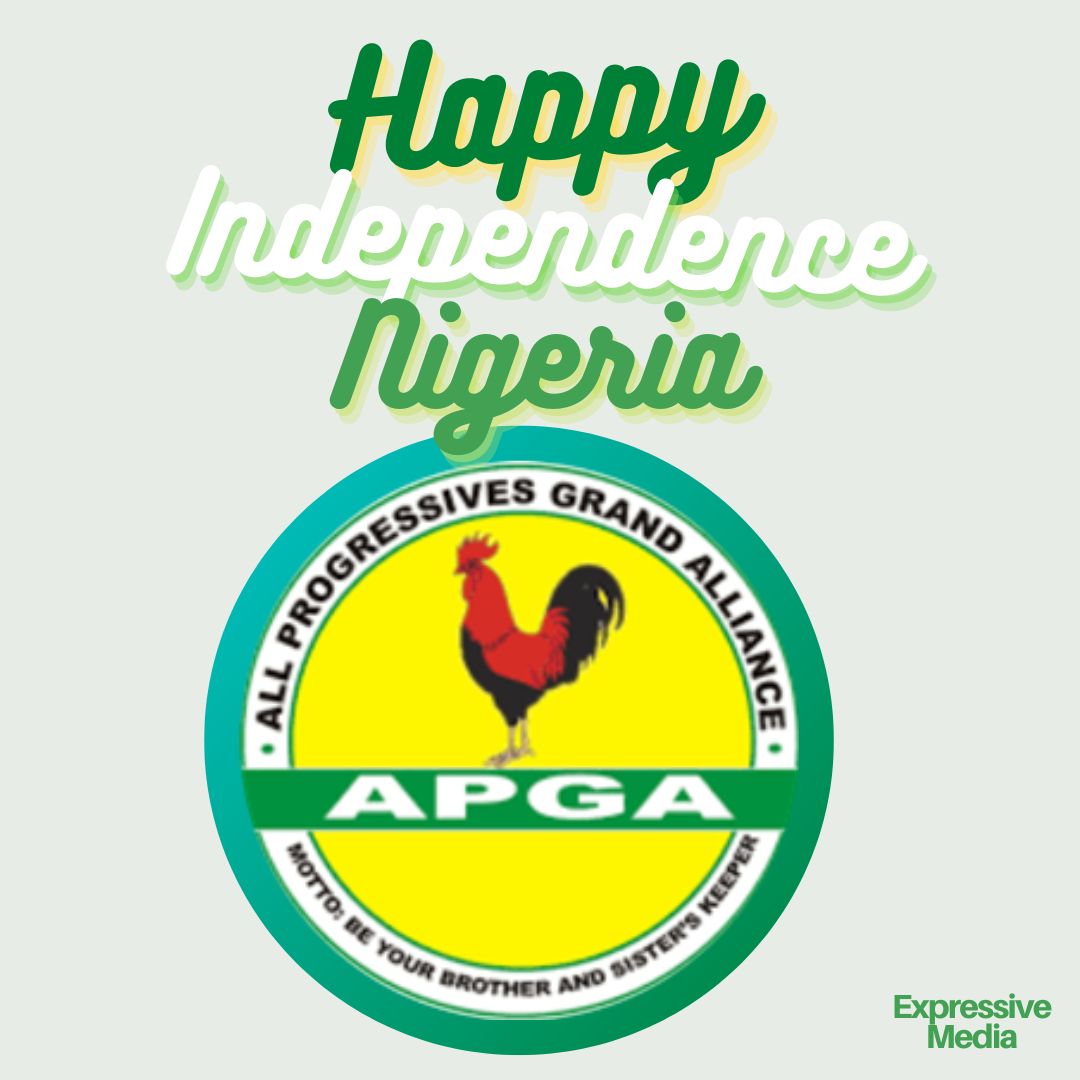 However Expresses Sadness Over Economic and Security Challenges in the State

The All Progressives Grand Alliance (APGA), Imo state congratulates Nigerians on the occasion of this year’s 62nd Independence Anniversary. The party also salutes the efforts of our founding fathers and heroes past, who fought relentlessly for the attainment of Independence 62 years ago.

It is no longer news that insecurity has worsened in the state under the APC government of Senator Hope Uzodinma. Political and economic activities have been disrupted in some parts of the state mainly because of the activities of the unknown gun men(UGM).

In some parts of Orlu, Okigwe and Owerri zones of the state, people are afraid to come out to eche out their daily source of livelihood. As a result, prices of goods and services and all essentials are on the increase.

The governor of the state, Hope Uzodinma, seems hopeless on how to tackle these security and economic challenges confronting the state. There is no gain saying that APC government in Imo has set the state backwards.

However, APGA urge the state not to despair as definitely there must be light at the end of every tunnel. Let us keep faith alive by supporting APGA candidates in the forthcoming general election early next year. They will guarantee us democracy dividends.

Let us help to drive away the APC and their affliction so that affliction will not rise against us again.

Speaking with newsmen this morning at the party state Secretariat the state Chairman, Hon John Iwuala with the State Publicity Secretary, Hon Emeka Nkwoada called on every political gladiator who have hand in anyway, in sponsoring insecurity in the state to desist from such evil acts. The blood of innocent Imolites killed in this unGodly crime shall come upon anyone who aids such criminal activities.

The party called on all opposition parties to come up with issue based critisism to tackle the ruling party where they erred instead of making the state ungovernable for the present government in the name of fighting the Governor, not knowing they are fighting innocent Imolites, as it will definitely set back the improved road constructions currently going on in few areas in the state thereby giving the present government a room for excuse .

The party vowed to invoke the spirit of late Ikemba Ojukwu and all other ancestors of Igbo land on anyone found sponsoring insecurity in the land.

Imo APGA also calls on the state government to, as a matter of urgent public importance, make public the names of sponsors of insecurity, banditary terrorism and other criminally related activities in the state as earlier promised by the state Governor, His Excellency, Distinguished Senator Hope Uzodinma.

Once more, congratulations on our Independence Anniversary.