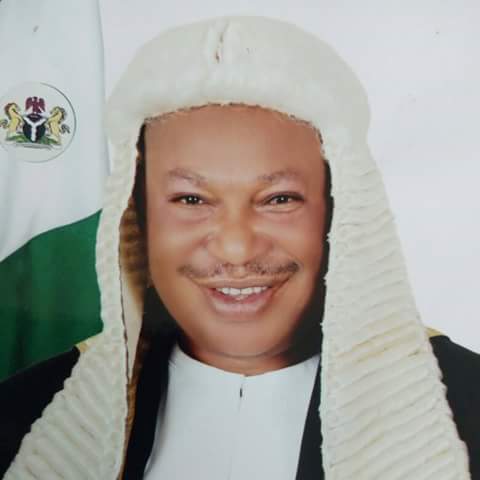 Members of the Imo State House of Assembly on Wednesday served impeachment notice on the Speaker of the House, Rt. Hon Acho Ihim.

The notice signed by 21 members of the House also disclosed that they had elected the member representing of Onuimo State Constituency, Hon Chinedu Offor as the Acting Speaker of the House, while allegations against the Speaker are investigated.

But the Speaker dismissed the action of the Lawmakers as null, void and of no consequence.

He argued that impeachment notices are not issued through press releases

Meanwhile, the embattled Speaker had during plenary read a letter of apology from the suspended Local Government Chairmen and ruled that they should be recalled without calling for a vote.

Objections raised by members of the House were shut down by the Speaker who quickly adjourned and left with the majority leader of the house, Lugard Osuji.

Aggrieved members who perceived the walkout as a slight stayed behind in the hallowed chambers even after the power supply had been cut off, throwing the entire House into darkness.

Briefing journalists at the House of Assembly, Offor stated that Ihim had consistently run the House without recourse to parliamentary process, adding that his action at the plenary session of the House on Wednesday was an insult to the other Lawmakers.

Offor added that “the Speaker had taken a unilateral decision to recall the suspended local government Council Chairmen contrary to our resolution at the Executive session”.

He added that efforts to speak by members who invoked order 15 of the house rules were rebuffed by the Speaker who quickly adjourned without giving room for the input of other members of the House.