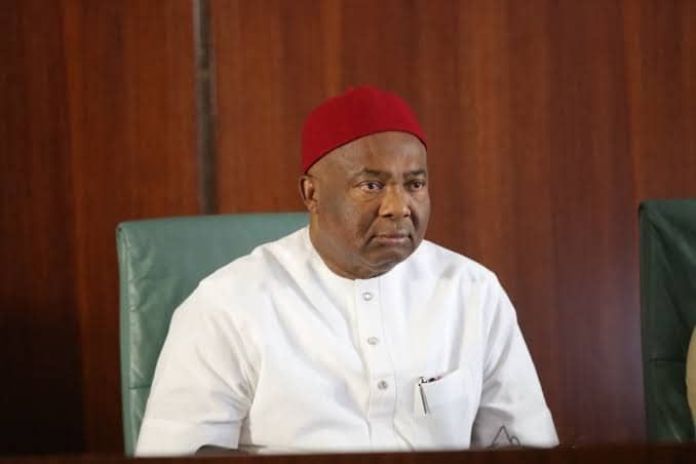 The suspended elected councilors of Imo State on Thursday, November 19, made it clear that their plan to return to their offices, alongside the elected Local Government Chairmen, on November 30, still stands.

On November 9, the elected Local Government chairmen who are members of 2018 ALGON, in a press briefing in Owerri, informed Governor Hope Uzodinma and the general public of their plan to return to their offices on November 30, following the judgment from a Federal High Court sitting in Owerri.

The chairmen who were suspended alongside their councilors in 2019 during the administration of former Governor Emeka Ihedioha, reminded Governor Uzodinma of his earlier promise not to disobey the law and constitution of the country which recognized the judiciary as the highest arbiter of the law.

They said: “the Federal High Court sitting in Owerri declared the caretaker chairmen appointed by the Governor of Imo as ‘ghost workers’ and directed that FAAC stop funding them until the validly elected chairmen return back to their various offices.

“We have the constitutional mandate to return to office considering the position of the Appeal Court in suit number CA/OW215/2011 between Enyinnaya Onuegbu and others versus the Attorney General of the state.”

Backing up the position of the Chairmen, the 645 councilors in the state said they “have the legal mandate to return to our various legislative council chambers to resume work”

They also assured Governor Uzodinma of their “unalloyed and unflinching support in actualization of his 3R mantra” when they return to their offices.

Below is their full press statement.