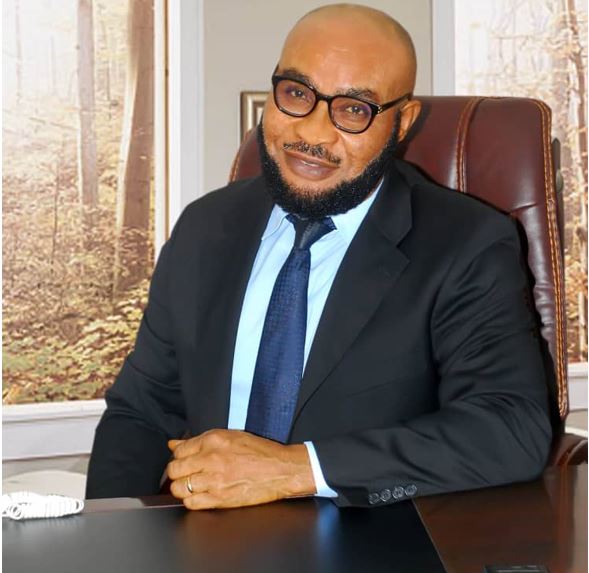 Imo East senatorial aspirant of the All Progressives Grand Alliance (APGA) in the 2023 election, Barr. Chyna Anthony, has slammed the Federal Government following the loss of over 100 lives in the recent explosion at an illegal refinery in Abaezi community in Ohaji-Egbema Local Government Area of Imo State.

Anthony, while speaking to journalists yesterday in Abuja slammed the Federal Government for being solely responsible for the craze by poor Nigerians to survive by any means including engaging in the business of illegal refinery across the Niger-Delta and other oil producing states.

Anthony who is the chief executive officer and president of Chyma Anthony Poverty Must Go Foundation asserted that the act of spending 4trillion naira on fuel subsidy every year by the Federal Government
is fraudulent and an ignition for mass poverty.

He said as compared to Dangote Group whose refinery will be refining about 650,000 barrels of crude oil and cost about 4.1trillion naira to build, “The Federal Government spending 4trillion naira is deceitful
and lacks accountability”.

Anthony expressed displeasure at the incident that left scores dead, lamented the poor handling of the economy in the last seven years which has made Nigeria heavily burdened by poverty, hunger and
criminalities.

“I have to call on the Federal Government to establish a real system, a system that will take care of the people economically and otherwise.

“If our refineries are not working, it can be resuscitated or sold out for it to be managed. In a situation where we have the National Assembly approving 4trillion naira for fuel subsidy, which is disheartening and is the worst economic crime ever in life.

“If you spend 4trillion naira for one year fuel subsidy when Dangote refinery is 4.1trillion naira; who is deceiving who, why should that be in Nigeria? That is lack of accountability.

“The federal government has failed to protect the masses both economic and security wise,” he said.

Anthony opined that the government should completely remove subsidies as “subsidy is a fraud, it is the same thing we have been hearing every day and nobody has been able to completely tell us how this
thing works. Imagine what 4 trillion naira will do to this country in terms of building modular refineries and industries”.

He added that, if Nigerian government provides jobs for the people, there won’t have been the need to engage in illegal refinery and that the security operatives such as the Nigeria Customs Service (NCS) and
the Nigeria Security and Civil Defence Corps (NSCDC) should have detected such illegal activities first beforehand.

On what he intends to bring to the Senate, Anthony said: “In the first place I will have to handle time wasters in the National Assembly, most of them I think they go there for the name, money, wealth for
power; whatever it is, but they have never addressed the real issues ravaging this country.

“So going to the Senate, we are going to answer the call of Nigerians because Nigerians are not happy. We were born here and we know the problem of this country. Any bill that is not for the benefit of the
people will not be looked at. People going to the Senate this time should be prepared that it’s not business as usual because some of us are coming to oppose them.

“We cannot have a system where poverty is killing people, we have bandits, people are hungry, look at the streets, people are begging for money including 3, 9 years-old, but if we take care of them we
have solved the problem,” Anthony stated.