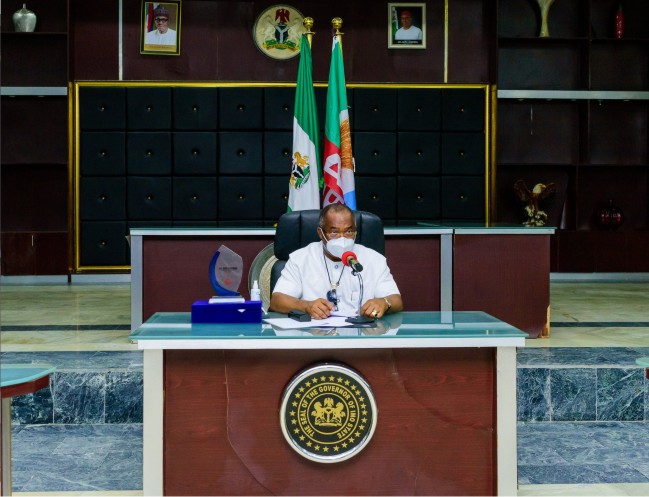 The Imo state government has published names of eight persons who have been indicted in the controversial N330 million naira pension fraud.

The Hope Uzodinma led-government has been called out severally for letting workers and pensioners go by for months without pay.

However, the government keep blaming ‘fraudulent individuals’ who pay themselves N330 annually from pension fund.

While critics of the government keep condemning the government for using that as an excuse to owe pensioners, the government decided to publish names of 8 people involved in the fraud and how much each person collects annually.

Those allegedly involved as announced by the governor include:

While calling out the names in front of pressmen, Governor Hope Uzodimma promised to publish more names of persons who have defrauded the Government through pensions and salaries.