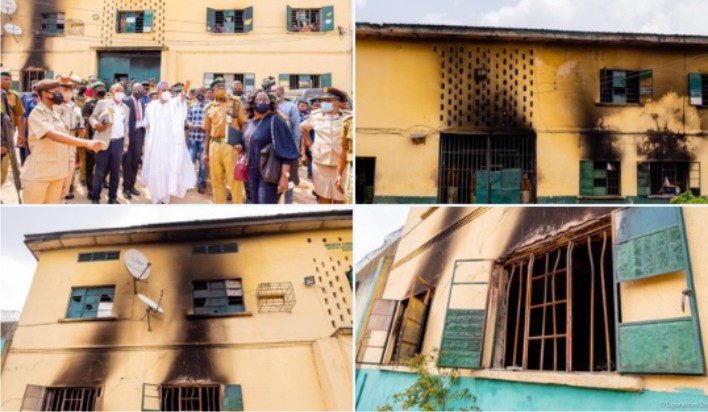 The Minister of Interior Affairs, Rauf Aregbesola, says the Federal government is willing to grant amnesty to inmates who voluntarily return to prison after they were released during the attack on the Imo state correctional Center on Monday, April 5.

The Nigerian Correctional Service had earlier announced that 1,844 inmates escaped during the jailbreak.

However, while inspecting the attacked centre on Tuesday, April 6, Aregbesola said “government in its magnanimity will grant amnesty to prisoners who willfully return”.

The minister also said the federal government will leave no stone unturned to fish out perpetrators of what he described as a “dastardly act”.

“Unlawful escape from custody is a crime but government in its magnanimity will grant amnesty to prisoners who willfully return. They will no longer be charged with unlawful escape but only for the initial crimes that took them to prison. So we urge all escapees to return before they are caught on the run,” the Minister said.