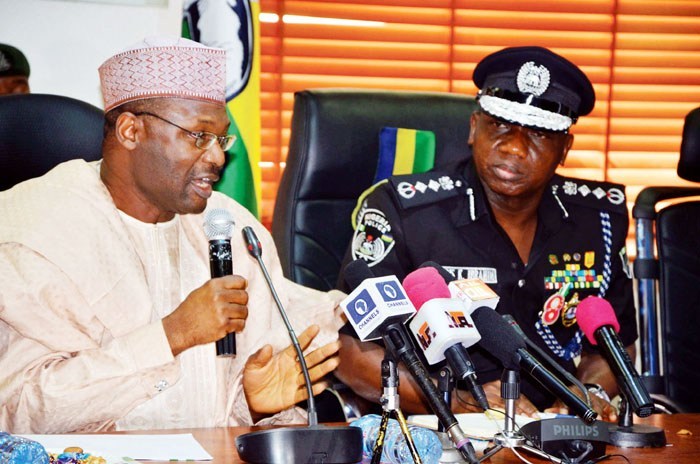 Politicians and their agents are responsible for the large scale malpractices and widespread violence that marred the 2019 general elections.

This was the submission of the chairman of the Independent National Electoral Commission (INEC), Prof Mahmood Yakubu; Acting Inspector General of Police, Mohammed Adamu and President of the Nigeria Labour Congress (NLC), Ayuba Wabba among other stakeholders.

They spoke on Wednesday in Abuja at the Forum of Anti-corruption Situation Room organised by the Human and Environmental Development Agenda (HEDA).

In a keynote address, Yakubu said vote buying and selling have become a source of great worry to the Commission, the Nigerian people and the international community.

The INEC chair, who was represented by the National Commissioner and Chairman, Information and Voter Education, Mr. Festus Okoye, narrated how politicians and their agents devised various methods to compromise the electoral process.

According to him, one of the methods employed by the politicians and their agents was to buy up Permanent Voter Cards (PVCs) of registered voters in the political “safe haven” of their opponents before the day of election.

He also accused them of compromising security agents and some ad hoc staff of INEC who looked the other way while votes were being bought and sold.

The INEC chairman also cited situations where voters were made to surrender their PVCs to middlemen as a precondition for assessing government amenities and facilities in their localities.

“Politicians compromised traditional and religious leaders and community leaders by persuading them to persuade voters in their domains to vote in a particular way.

“In some instances, they persuaded willing ad hoc staff to abandon the use of Smart Card Readers and provision of social amenities close to Election Day,” Yakubu added.

The INEC chief charged the various Election Petitions Tribunals to prosecute proven cases of electoral offences pending the establishment of a designated body for that purpose.

Acting IGP Adamu said police personnel on election duty were constrained by the law, which prevented them from bearing firearms around voting areas.

The IGP, who was represented by Assistant Inspector General of Police, Mr. Peter Ogunyanwo, said this made it impossible for police personnel on election duties to confront heavily armed political thugs who attacked voters and disrupted voting at polling centres in different parts of the country during the 2019 elections.

He lamented politicians, who he described as beneficiaries of electoral malpractices, lacked the required will and patriotism, nationalism and the fear of God to put in place the needed electoral reforms.

He cited the provision of Section 308 of the Constitution which confers immunity from prosecution on sitting governors and their deputies when they commit offences.

The AIG made allusions to the Rivers and Kano states where the sitting governor and deputy governor respectively committed electoral infractions during the March 9 governorship election but could not be prosecuted as a result of their constitutional immunity.

“In some cases, the law prescribes a fine of N40 as punishment for people caught with unlawful possession of firearms and other dangerous weapons. So where do we go from here?”

The police chief also blamed greed and stupidity on the part of voters who sell their votes to desperate politicians, saying they end up going back to their squalid conditions afterwards.

He called on civil society groups human rights organisations to mobilise for other segments of the public to mount pressure on the National Assembly to ensure birth of electoral reforms that will prescribe stiff penalties for electoral offenders.

According to him, most of the voters could not resist monetary offers for their votes by desperate politicians.

He bemoaned a situation where some state governments pay civil servants, particularly teachers as little as N7,000 monthly salary.

Describing the electoral process in the country as work in progress, Wabba noted having realised that votes count, politicians have resorted to vote buying from impoverished voters.

The NLC noted that there is no way a compromised electoral process can produce transparent and competent leaders or good governance.

The situation, he said, has made it impossible for the people to hold their leaders accountable and called for drastic electoral reforms to sanitise the process.

Activist lawyer, Femi Falana, who was chairman of the event, canvased electronic voting as solutionto electoral malpractice, saying the country was ripe enough for it.

According to him, vote buying and ballot manipulation started in 2003 with former President Olusegun Obasanjo and the situation has continued to escalate with every election circle.

He blamed the Election Petitions Tribunals and the courts for condoning electoral practices wherebillions were raised for the election of individuals against the provisions of the Electoral Act.