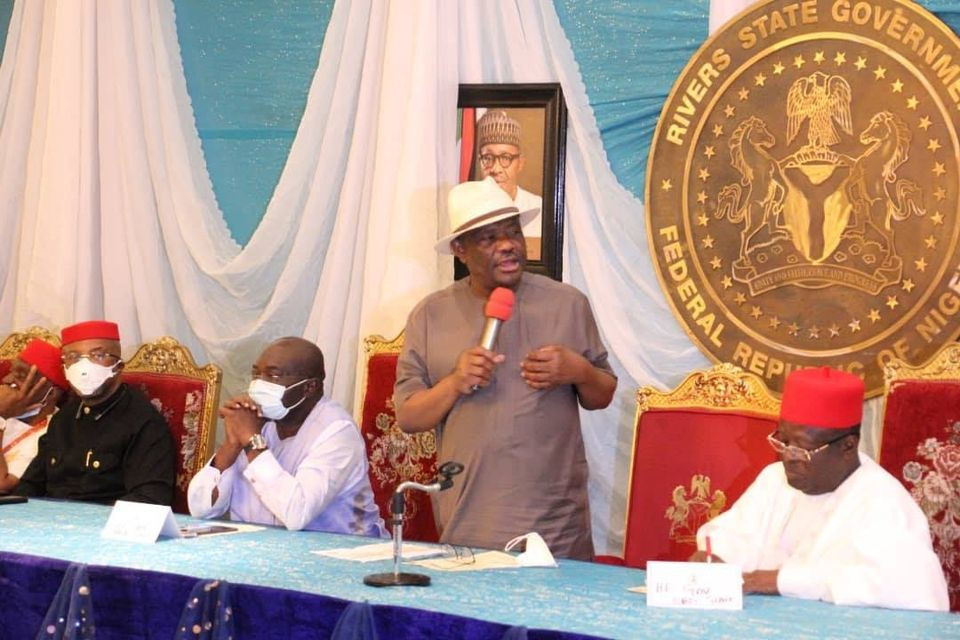 Ebonyi state governor, Dave Umahi, has warned Igbos to be wary of the tactics of members of the proscribed Indigenous People of Biafra IPOB whom he claims are trying to incite another civil war in Nigeria.

Governor Umahi said this on Sunday, November 8, when led other South-East governors and leaders to pay Rivers state governor, Nyesom Wike, a condolence visit over the clash between military men and IPOB members in the Oyigbo local government area of the state.

The Oyigbo area of the state was placed under a 24-hour curfew recently after the IPOB members clashed with the military men leading to the death of some residents of the area who are predominantly Igbos. Some persons had accused the governor of inviting the military to kill the Igbos but the governor insisted that he doesn’t have the powers to invite the military and that the security agents came to restore calm in the area after the IPOB members hijacked the EndSARS protest to cause havoc in the state.

According to a statement released by Governor Wike’s spokesperson, Kelvin Ebiri, Governor Umahi was quoted as saying that the South East governors were in the state on a fact-finding mission to ascertain the truth behind claims the governor was killing Igbos in the state.

The statement in part reads,

“Umahi after listening to Governor Wike’s narration of the atrocious activities of IPOB in Oyigbo that culminated in the imposition of curfew in the entire Local Government, warned Igbos to be wary of IPOB as the group was bent on instigating another civil war that will result in the murder of Igbo people”

Governor Wike told the delegation that Rivers will continue to be home to the Igbo, with whom he said the state has an enduring relationship with.

“Tell your people, Rivers people will continue to live together with Igbos,” he was quoted as saying. Don’t allow your sons to tell you lies. Igbos are innovative and hardworking. There can’t be Nigeria without Igbos. Nobody should take them for granted. But that doesn’t mean you must allow criminals to spoil your name.

“If I hate Igbos, I won’t appoint your son into my state cabinet two times. But you have to obey rules. Don’t allow criminals to dictate to you.” Governor Wike.