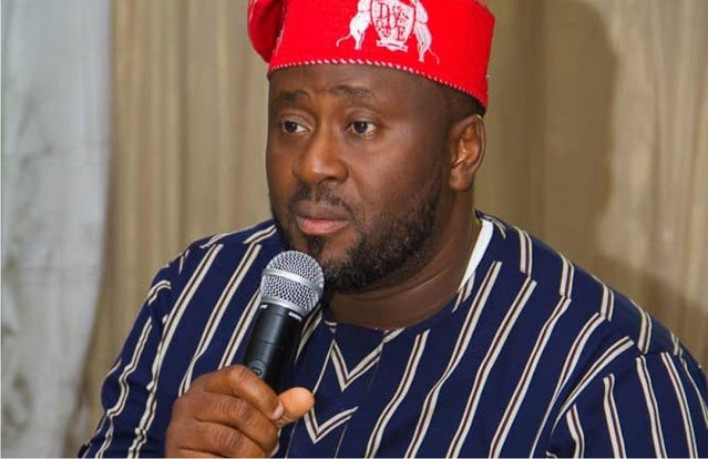 Actor and Lawmaker representing Surulere Constituency in the Lagos State House of Assembly, Desmond Elliot, has backed the calls for the disbandment of the Special Anti-Robbery Squad(SARS) of the Nigerian Police.

While addressing #EndSARS protesters at the Lagos Assembly complex in Ikeja the Lagos state capital today October 9, Elliott believes that the brutality by some members of the Special Anti-Robbery (SARS) unit has gone beyond releasing hotlines for their activities to be reported or for a reform to be carried out.

“It has gone beyond having hotlines or doing reforms. As the Deputy Speaker rightly said, we really need to look into it.

He frowned at the attitude of some SARS officers who arrest people because of their appearance.

“The truth is, you can’t just arrest people on the road because of the hair they wear. That is not to say that we do not have bad people but because of the lack of training on how to deal civilly with people, we now come to have what SARS is today.

“So, I am in alignment with the prayers of the deputy speaker and I feel that we should do that expeditiously.” Elliott said

The outcry against police brutality and extra-judicial killings continued on Friday October 9, with protesters occupying the Lagos State House of Assembly Complex.