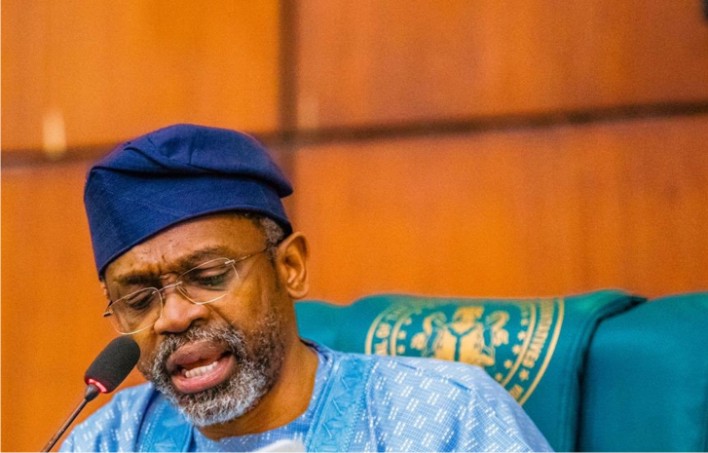 The Speaker of House of Representatives, Femi Gbajabiamila has said that it not ideal to invite President Muhammadu Buhari to the House to discuss the lingering insecurity in the country.

He made the comment during a tensed moment at plenary on Tuesday when the motion of urgent national importance sponsored by lawmakers from Borno state was read.

The motion was partly aimed demanding the presence of President Buhari to brief the House on the security situation in the country as a result of the recent killing of farmers in Borno state.

However, trouble started when the Lead sponsor, Ahmed Santomi, while presenting the motion, excluded the prayer that called for invitation of the President, but rather asked for the declaration of a state of emergency on security situation in the country.

The House got sharply divided after one of the sponsors, Hon. Ahmed Haha expressed displeasure that the initial prayer was excluded after it was collectively agreed by the sponsors, insisting that the prayer be included and the President invited to brief the House.

Efforts by the Speaker to make him withdraw the prayer which came in form of amendment failed as he insisted that all members from Borno state who are sponsors of the motion should agree on that first.

The Speaker said because of the nature of security issues, it will not be ideal to invite the President because security matters cannot be discussed in n public, stressing however that the issue of declaring a state of emergency will allow for the use of extra measures in tackling the issue.

Tempers began to flare when the House Leader, Hon. Alhassan Ado Doguwa said security issues were too delicate to bring to the floor of the House, while Hon. Shehu Koko said the Leadership of the House should interface with the President instead on the issue.

Both Hon. Doguwa and Shehu Koko were both shouted down by the members with shout of no, no, no.

However, Gbajabiamila expressed disappointment over the behaviour of his colleagues, saying “I am a little disappointed by these shouting down. So we are going to dissolve into executive session to resolve this issue”.

Executive sessions involve clearing the gallery of the media and other non-elected officials to allow for only members deliberate in private.