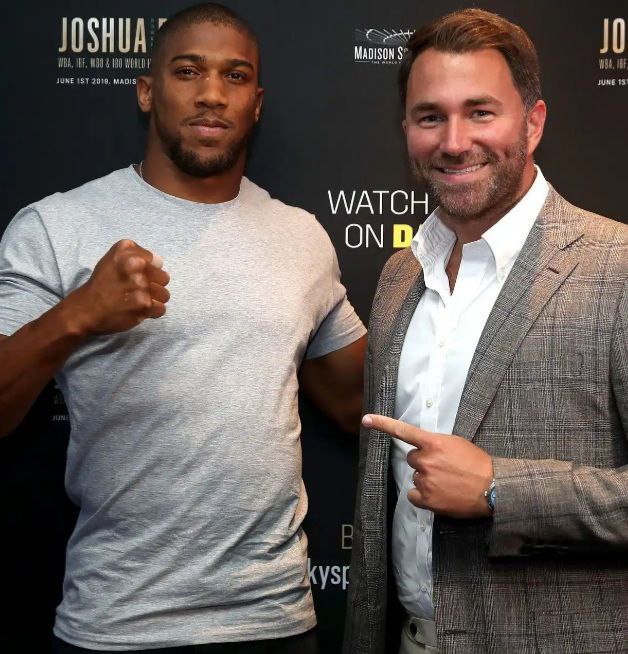 Anthony Joshua’s promoter, Eddie Hearn, admitted that Joshua will see an end to his career should he be defeated again.

Joshua is yet to make his journey to the United States and link up with his still unknown new team, in preparation of fights in the rings scheduled for April.

Hearn told iFL TV that his opponent is yet to be decided but the fight is expected to take place on April 1 at the O2 Arena in London. However, the Australian heavyweight Demsey McKean seems to be potential option for the game.

Joshua will be aiming to bounce back after meeting with several resounding defeats at the hands of Ukraine’s Oleksandr Usyk. On the basis of this, Hearn admitted that a third loss would likely ruin his career completely. But he expressed confidence in Joshua’s ability to win in his journey to becoming a three-time heavyweight world champion.

“This is the most excited I’ve been on Anthony Joshua’s journey so far because I think it’s exciting.

“You go into that fight in April – you know that with defeat, it’s all over, really. It would be a third back-to-back defeat.

“And yet a great performance and a showreel knockout gets everyone saying, ‘We’re back, we’re back baby,” Hearn said.

He continued: “That’s what I can’t wait for, because I love it when our backs are against the wall. That’s the best moments and this is one of those moments for AJ.”

A potential rematch against Joshua’s old rival Dillian Whyte has been viewed as the likeliest option in the summer.

“AJ wants a big fight in the summer,” Hearn said.

“The one that would make sense and the one that should be hopefully quite straightforward to make is the rematch with Dillian.

“In my mind, with AJ fighting in April and probably Dillian probably fighting around the same time, that would lead them to a big all-British heavyweight fight in the summer.

“It doesn’t mean its done, we would have to agree terms, but that’s what I’d like to do.

“AJ wants to be in the biggest fights possible and if a bigger fight rears its head – there’s only two bigger fights in the division than Dillian Whyte, that’s Tyson Fury and Deontay Wilder.