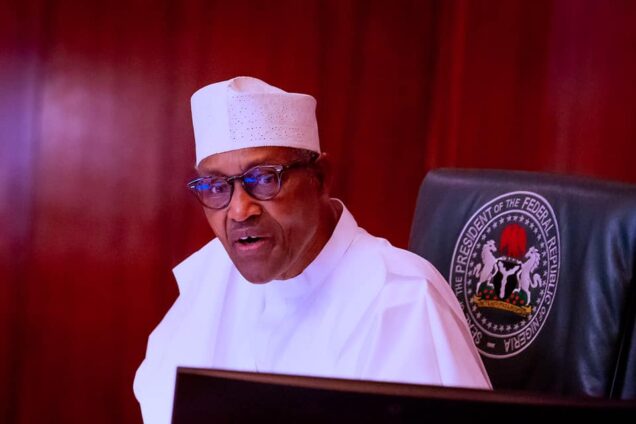 President Muhammadu Buhari said that he has fulfilled his promise made during his inauguration as president in 2015 to eliminate Boko-Haram terrorizing North-Eastern Nigeria.

The President noted that the threat of terrorism was the most critical security challenge his regime had to face; but he expressed satisfaction that the threat in those affected states in the North-East has been dealt with.

Buhari, therefore, declared that he had fulfilled the commitment he made to Nigerians in his May 29, 2015 inaugural address to frontally and courageously do away with the Boko Haram terrorists and stabilize Nigeria once again.

According to President Buhari, this is proof to silence anyone who might try to blackmail him on exploiting inexplicable wealth and illicit enrichment for himself while in office, stating that he did not even have “one square-inch outside Nigeria.”

These are contained in a statement signed by the Special Adviser to the President on Media and Publicity, Femi Adesina, on Tuesday.

“President Muhammadu Buhari says nobody can blackmail him on inexplicable wealth and illicit enrichment while in office, saying ‘’I do not have one square-inch outside Nigeria,” the statement reads.

It continues: “Speaking at a State banquet, Monday night, organised in his honour in Damaturu, the Yobe State capital, the President restated his vow to serve God and Nigeria until his last day in office and beyond.

“He advised Nigerians to remain patriotic, saying ‘as I said more than 30 years ago, we have no other country than Nigeria, we must all stay here and salvage it together.’

“Noting that the most critical security challenge inherited by the administration nearly eight years ago was the potent and pervasive threat of terrorism, the President expressed delight that normalcy has returned to affected States in North-East Nigeria.

“He recounted that the threat was particularly pervasive across the North-East geopolitical zone with Yobe State as one of the most hit by the terrorists.

“He, therefore, declared that he has fulfilled the commitment made to Nigerians in his May 29, 2015 inaugural address to frontally and courageously tackle Boko Haram terrorists and stabilize the country.

The statement also adds: “‘In the North-East, God has helped us to clear Boko Haram, the economy has picked up and some people are asking me about the achievements of my promise to fight corruption.

“‘Well, under this system fighting corruption is not easy. When I was in the military, as Head of State, I locked up some people because the Constitution says you must declare your assets and people who couldn’t explain the differences in their assets, I locked them up.

“‘In the end, I was also locked up. So, if you want to serve this country you must be prepared for the worst. But one thing that I am grateful to God for is that nobody can blackmail me. I do not have one-square inch outside Nigeria and I intend to stay in Nigeria when I retire from public office.’

“Reflecting on his journey to the presidency and re-election, the President said:

“‘Between 2003 and 2019, I visited all the local government areas in this country. In 2019 when I attempted a re-election, I visited every state and the number of people that came out to see who this Buhari is and was is more than what anybody can pay or force.

“‘So, I thank God that Nigerians understood me and I made a promise that I will serve God and Nigerians.’

“President Buhari commended Governor Mai Mala Buni of Yobe State for taking advantage of the return of peace and security in the state to execute people-oriented projects.

“Describing the governor as very competent and courageous, the President said he was lucky to have him in the saddle as the political leader in the state, supporting the federal efforts to decimate Boko Haram terrorist group.

“The President also acknowledged the cooperation of Nigeria’s neighbour