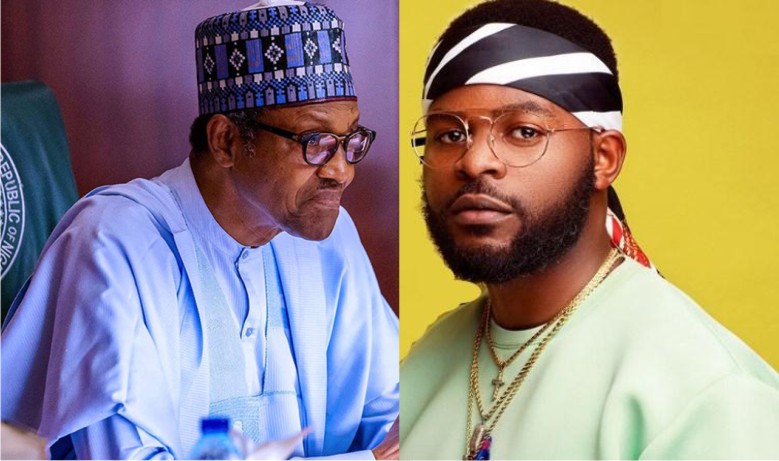 The Official Twitter page of President Buhari had written,

“Congratulations to US President-Elect Joe Biden on his election at a time of uncertainty and fear in world affairs. His election is a reminder that democracy is the best form of government because it offers the people the opportunity to change their government by peaceful means.

“In a democracy, the most powerful group are not the politicians, but voters who can decide the fate of the politicians at the polling booth. The main fascination of democracy is the freedom of choice and the supremacy of the will of the people.“

The statement went on to say, “Respect for the will of the people is the very reason why democracy remains the best form of government, despite its limitations from one polity to another, and from one society to another.“

Falz who has been actively involved in the #EndSARS protest slammed the President for speaking about “Respect for the will of the people” when there has been clear reports cases of human rights abuses by agents of the Buhari-led government and the obvious disregard of the president.

Falz wrote: “Who typed this? Because you clearly know nothing about respecting the will of the people“