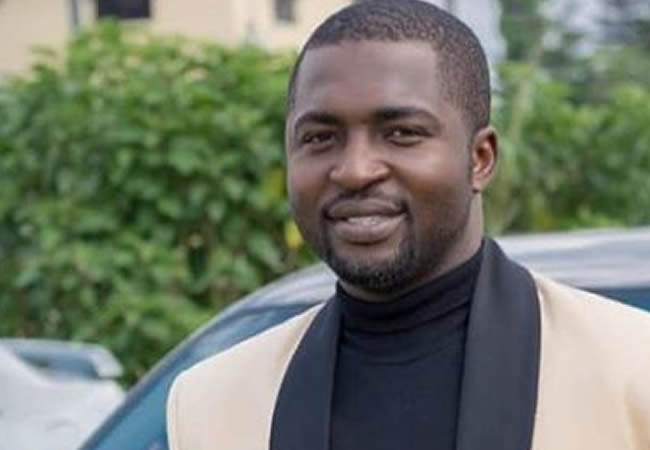 A businessman, Tuoyo Ebigbeyi, says a vehicle in the advance team of former President Goodluck Jonathan hit his car.

Ebigbeyi told The PUNCH that when he alighted from his vehicle to challenge them, soldiers in the convoy threatened to kill him.

The businessman said the incident occurred along the Warri-Sapele Road, Delta State, on Sunday, November 29, 2019.

Ebigbeyi said the vehicle that hit him was a Coaster bus with Bayelsa number plate NEM 503 AA, which was part of a convoy of eight vehicles conveying Jonathan to a programme in Igbinedion University, Edo State.

He said, “On Friday, November 29, I was on my way to Igbinedion University, Okada, Edo State, for my convocation.

“Along the Warri-Sapele Road, I encountered a bad spot and I wanted to make a diversion, but there was a truck in front which was stuck.

“On noticing that, I reversed and tried to make a U-Turn to take an alternative route.

“That was when a convoy arrived. When they got there, they also saw that there was no way in front because of the truck and decided to reverse as well.

“When I saw them reversing, I parked at a corner in order not to obstruct them.

“I alighted from my vehicle to protest, but one of the soldiers attached to the vehicle said I shouldn’t come close to the Coaster bus or he would shoot and ordered me to leave.Jonathan’s security convoy hit my car, threatened to shoot me —Businessman

“So, I left the place and they also drove off.”

Ebigbeyi, however, said he continued to trail the convoy as he was keen on getting justice.

He said he was able to identify another vehicle in front of the bus which was Toyota Prado SUV with Abuja number plate GWA BR 120.

Ebigbeyi said while he was trailing them, one of the SUVs in the convoy developed a flat tyre and subsequently drove into a filling station around Ologbo en route Benin.

The businessman added, “I followed them into the filling station and saw a fair lady alighting from one of the VIP vehicles.

“Myself and a colleague alighted from the vehicle and we approached Dr. Mbah to explain what had happened but the military guys prevented us.

“On seeing that, she came to meet us and I was explaining to her how my vehicle was damaged, but one of the security guys dismissed us and told us that if we didn’t obey them, they would shoot. So, I left.”

Ebigbeyi said one of the soldiers, who allegedly referred to him as a “nobody,” taunted him, saying that they were headed for Lagos and if he wanted justice, he should keep trailing their convoy to Lagos.

The businessman said unknown to him, he and Jonathan were going to attend the same event.

He said, “On getting to the convocation the next morning, I saw the same people in the convoy.

“Apparently, they were heading for Igbinedion University where President Jonathan was to be honoured with a doctorate degree where I was also to receive my MSc.

“It was when they were all introduced that I knew that it was President Jonathan that was in the convoy.

“I wrote a note to Dr. Mbah and told her how the convoy hit my car and how they needed to fix my headlights, but I was ignored.”

The businessman said he did not want to cause a scene at the event, being a student of the institution.

He said it was unfair that ordinary citizens could be treated in such a manner and called on Jonathan to do the right thing.

“President Jonathan being a world ambassador for peace should not be working with people who are tyrants and have no respect for humans, irrespective of their status.

“As I speak, my car is still here unattended to,” he said.

But Jonathan’s spokesman, Ikechukwu Eze, said the former President was not part of the convoy on that day.

He said the ex-president flew from Abuja to Benin for the event.

Eze, however, said he would find out from Jonathan’s support team to know what happened.

He said, “President Jonathan did not go to that event by road. He flew directly from Abuja.

“However, I will find out from the support team that went to the event from Bayelsa. President Jonathan will never condone acts of wickedness against anyone.”