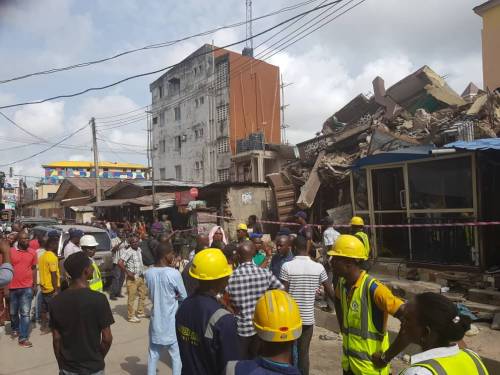 A three-storey building has collapsed in Kakawa street, Lagos Island on Monday. The residential building was said to have collapsed around 1pm but no one was injured in the accident.

According to a resident of the street, no one was trapped because the building was marked for demolition and occupants had vacated. However, The collapsed structure, affected a bungalow with three occupants.

Emergency workers have reportedly begun the clearing of the rubble.