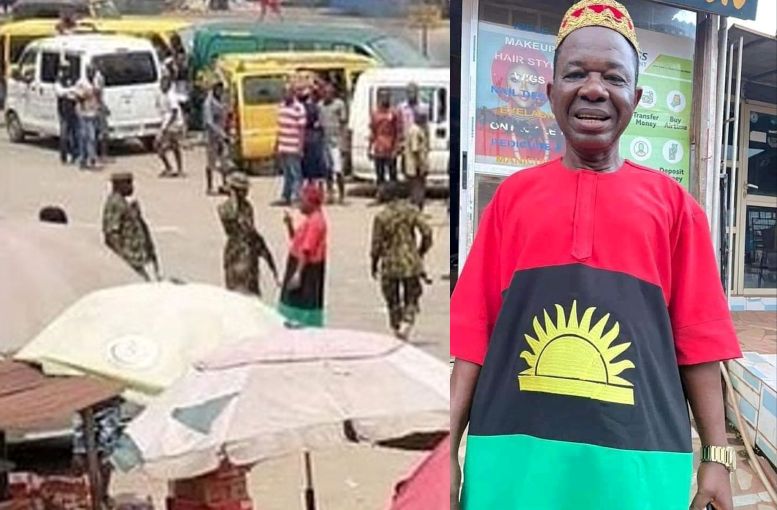 Nollywood veteran actor, Chinwetalu Agu was brutalized and later arrested today by soldiers for wearing an outfit made from the Biafran flag.

In the video which has suffered online, the actor is seen walking beside his vehicle after the soldiers had asked him to come out.

The vehicle which had the inscription “Chinwetalu Films”, was then searched by the security operatives before he is later seen being manhandled by the soldiers who fired some shots to scare off the crowd which gathered.

After he was taken away by the soldiers, some youths in the area took to the streets to protest over the incident.