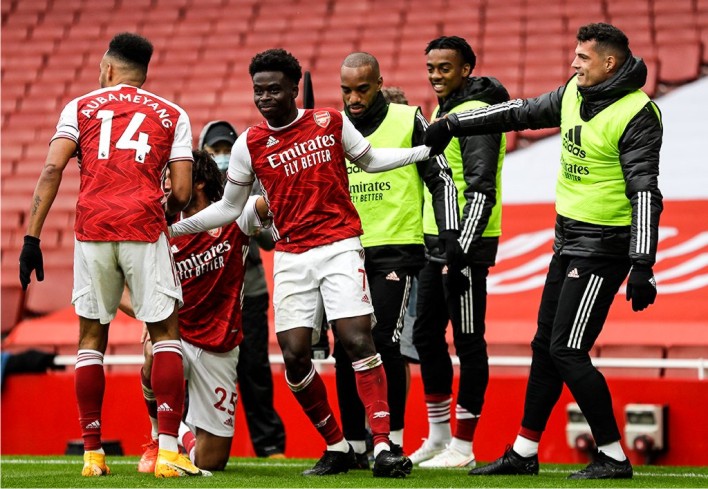 Bukayo Saka scored his first goal for Arsenal at the Emirates today to help the Gunners secure a win over Sheffield United.

Saka’s header opened the scoring for the Gunners on the hour before Nicolas Pepe added a second.

But David McGoldrick then curled the ball brilliantly into the bottom corner from outside the box to give Sheffield hope.

With his goal, the 19-year-old Saka has become the youngest player to score an English Premier League goal for Arsenal since 2012.

His goal makes his week more exciting after he received his call-up on 1 October 2020, to play for the England senior squad for the first time, ahead of their matches against Wales, Belgium and Denmark.

Saka was born in Ealing, Greater London to Nigerian parents. He has represented England at under-16, under-17, under-18, under-19 and under-21 level.