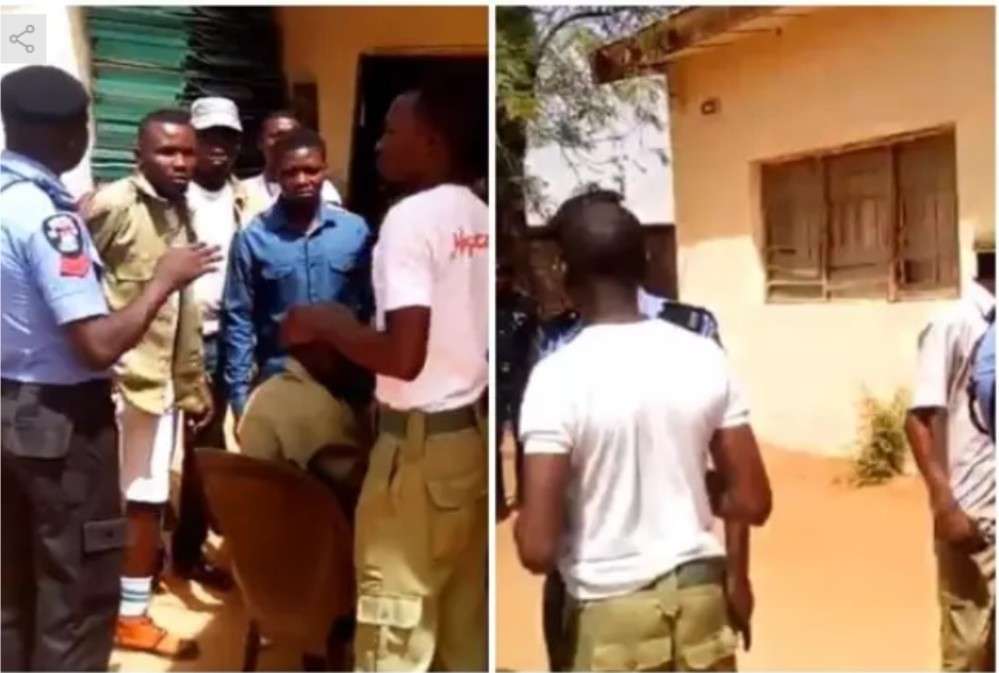 Corps members of the National Youth Service Corps, NYSC, are at the moment protesting in Gwadabawa, Sokoto Sate over the non-payment of their INEC allowances.

Remember that corps members were mobilized across the federation as part of INEC ad-hoc staff during the general election on the 23rd of February 2019 and governorship election on the 9th of March 2019.

One of the Corps Members named Grace took to facebook to share clips from the protest and added: