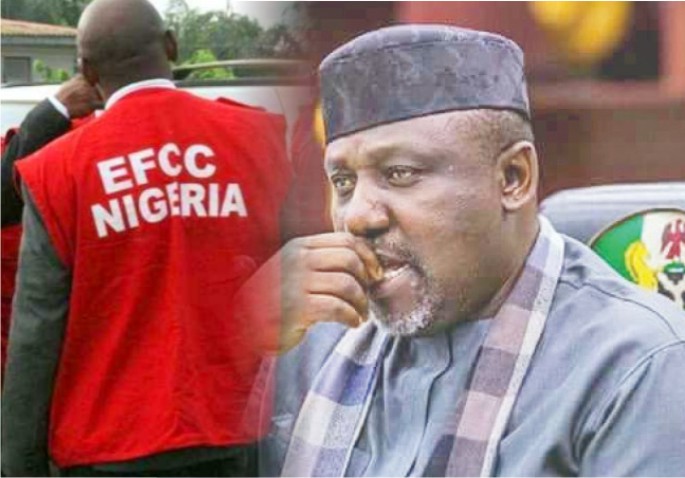 Former Governor of Imo, Rochas Okorocha, has been arrested by operatives of the Economic and Financial Crimes Commission (EFCC) at about 4 P.M. Tuesday, according to a report by Premium Times.

Okorocha who is the current senator representing Imo West at the Red Chambers was reportedly arrested at his Unity House private office in Abuja after his refusal to honour a repeated invitation extended to him by the anti-graft agency.

The Publication quoted sources that said the anti-graft agency had repeatedly invited the former governor to its Abuja headquarters in connection with multiple corruption allegations against him.

The former governor was arrested after a five-hour standoff with EFCC operatives who trailed him. He is currently being interrogated at the EFCC headquarters and it is unclear if he would be allowed to go home today.

Details of the allegations against the senator are sketchy but seem to be related to suspected corrupt practices during his eight-year reign as governor of Imo State.

EFCC spokesperson, Wilson Uwujaren, also confirmed the former governor is in his agency’s custody, according to the report.

1 thought on “Just In: EFCC arrest Okorocha in Abuja”