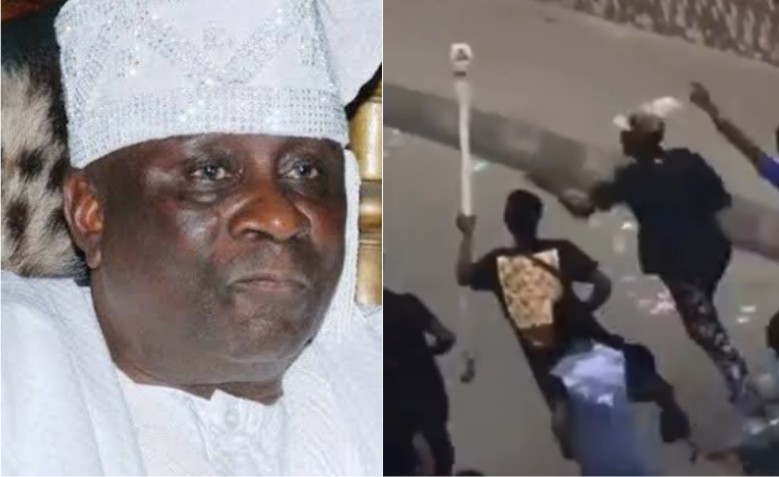 Oba of Lagos, Rilwan Akiolu has claimed that those who invaded his palace during the #EndSARS protest last year stole his $2 million and N17 million.

He made the claims at the Glover Hall Memorial Commissioning, Lagos on Wednesday, March 3.

Akiolu told the people present at the event that he wanted to say it publicly that #EndSARS protesters stole $2 million and N17 million in his palace.

The palace was attacked by suspected hoodlums who eventually ran away with the Oba’s staff of office on October 21, 2020.

Weeks later, traditional rites and rituals were held at Isale Eko in Lagos Island to welcome the Oba of Lagos and his staff of office back to the palace.