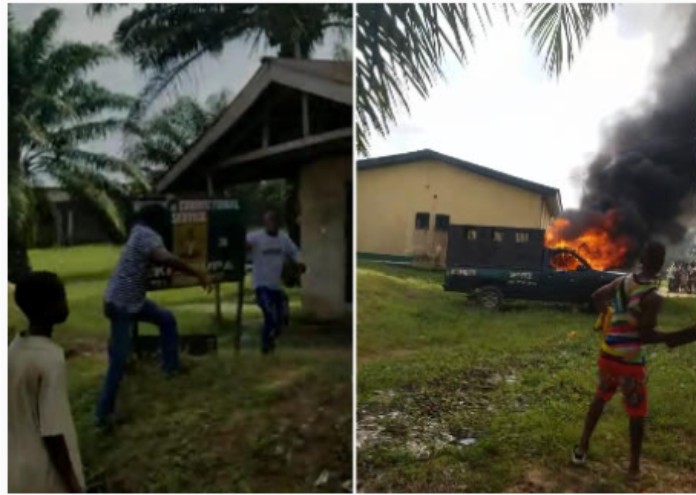 The National Correctional Service Centre in Okitipupa, the headquarters of Okitipupa Local Government Area of Ondo State, was broken into by hoodlums who forcefully released some inmates.

It was gathered that no fewer than 58 inmates were released during the attack while a vehicle was burnt.

It was also learnt that several items were destroyed on the premises of the prison.

The Public Relations Officer of the Ondo State Command of NCS, Ogundare Babatunde, confirmed the incident.

Similar incident was about to happen this morning at Ikoyi Prison in Lagos State but the police and army were able to foil the jail break.